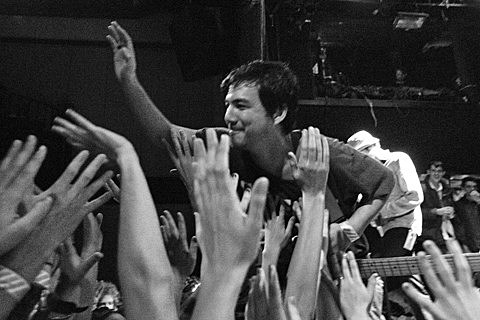 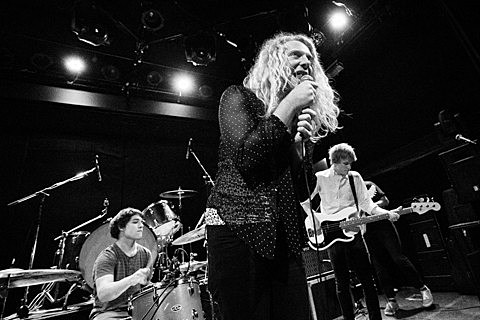 FIDLAR and The Orwells' current tour slammed into NYC last Thursday (10/24) for a show at Bowery Ballroom. It was entirely appropriate that this Bowery punk show was opened by dirty New York rockers Shocked Minds. Singer Josh Martin cut his teeth in Atlanta with the much loved Carbonas and currently plays guitar and sings with the esteemed Ex Humans, but with Shocked Minds is where he really shines. Compared to bands like Dead Boys and Exploding Hearts, Shocked Minds have a reputation that precedes them with quite large shoes to fill, but they don't disappoint. Their brand of gritty, old school New York punk was not what this teenage crowd came to hear, but it's maybe what they should be listening to. Songs off their self titled LP (released earlier this year on Hozac) hit the mark -- drummer Kirk Podell punctuating each beat with accuracy.

The Orwells, from Chicago, are incredibly young and most of them looked like they were going to get grounded for playing this show. The singer Mario walked out like he owned the stage, and the crowd went wild for him. He continued to flip his hair and ponce around like a curly blonde Mick Jagger/Adam Ant hybrid for the entire set, simultaneously warning the crowd about destroying the "VERY EXPENSIVE" monitors, and then almost pushing them off the stage himself while attempting to touch hands/bodies with as many audience members as possible. The crowd lapped it up, and they went down a treat. 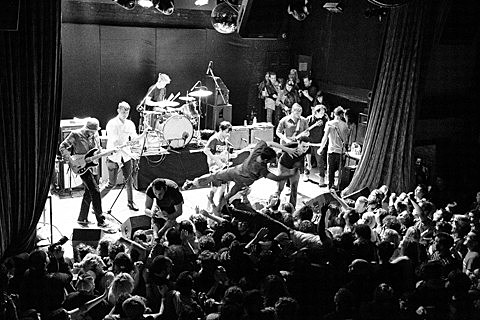 This particular show was a 16+ sold out affair, and as the room filled to complete capacity I started to feel old as shit. FIDLAR have been touring for the best part of a year and a half, but they don't seem even slightly fazed, their energy resonating with the crowd who were thrilled to be in their presence. At all times throughout their set, almost half the stage was filled with people dancing, singing, fist pumping and stage diving. FIDLAR took it all in good grace and gave the crowd exactly what they wanted -- singalong 90s skate punk, short and sweet and to the point, no complications and lyrics about being 'awkward' and "I DRINK CHEAP BEER SO WHAT FUCK YOU" etc.

Their cover of 'Red Right Hand' by Nick Cave & The Bad Seeds, whilst giving props for taste, fell flat and seemed disjointed and out of place. The single "No Waves," though, was a highlight, an upbeat song about self destruction -- the teenage crowd sang along to every lyric, one girl crowd surfing with a backpack and a grin. The Blink 182 reference kept flashing bright in my brain but I assumed it was my '90s teenage years giving away my age, until they finished the set with 'Dammit" by Blink 182. The crowd was going wild throughout their entire set and FIDLAR gave back much love. Despite my reluctance to buy into West Coast '90s throwback skater punk, this band feels authentic and genuine with everything they are.

FIDLAR and The Orwells' tour has a few more dates left, playing Pittsburgh tonight (10/28). FIDLAR will be touring with the Pixies in January, and The Orwells will go to sea with Weezer in February.

More pictures from the whole Bowery Ballroom show are below. 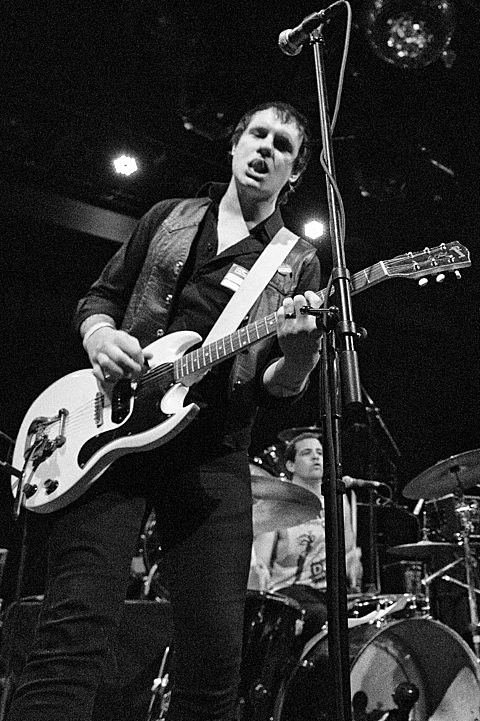 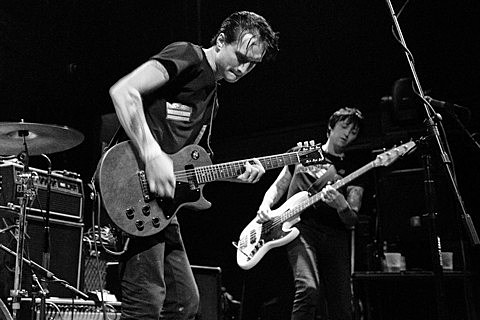 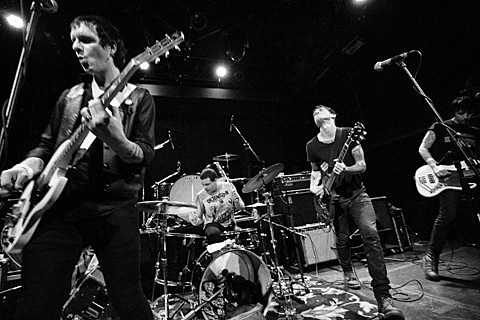 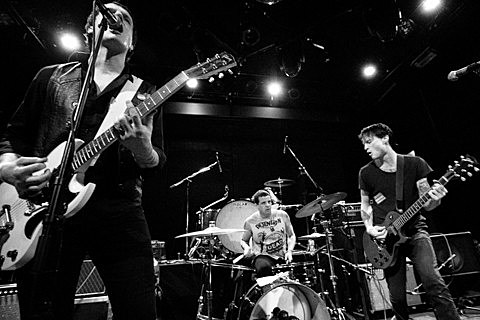 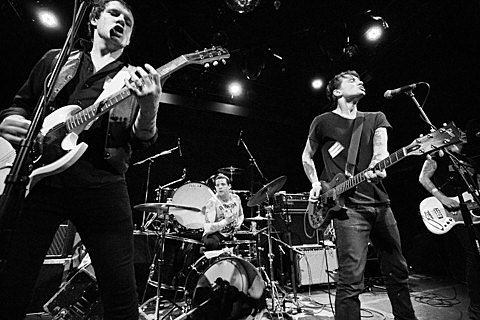 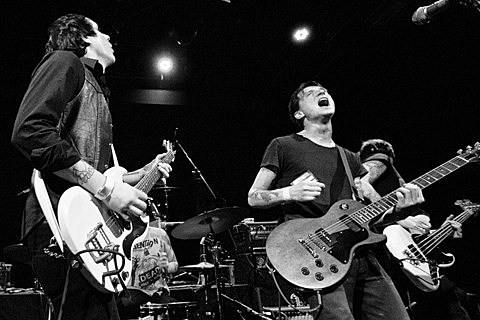 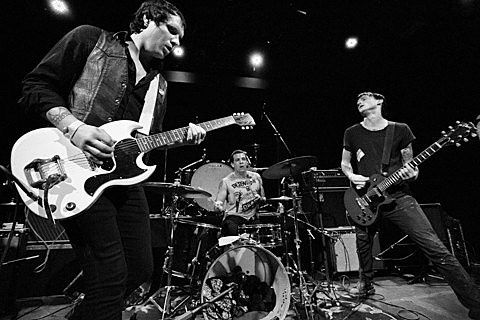 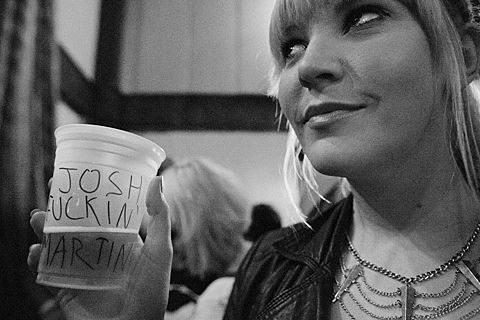 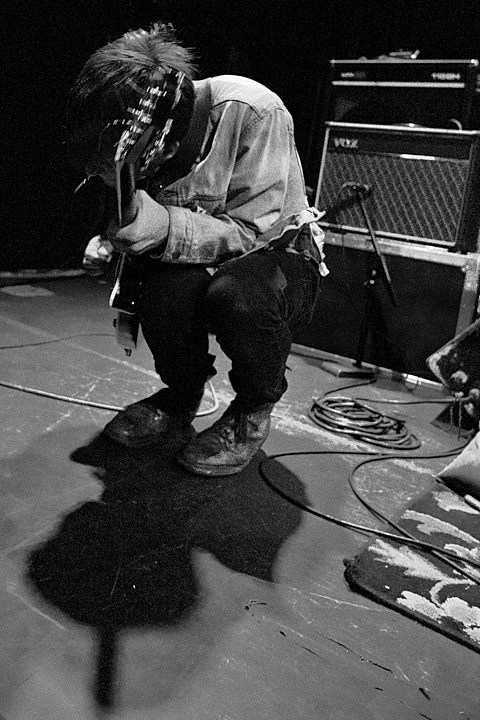 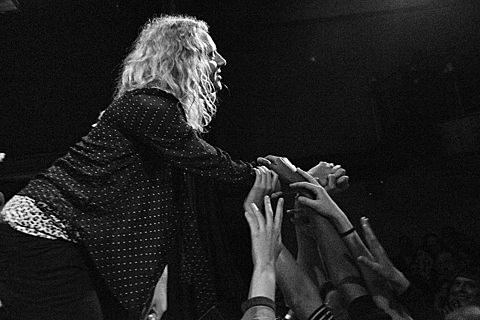 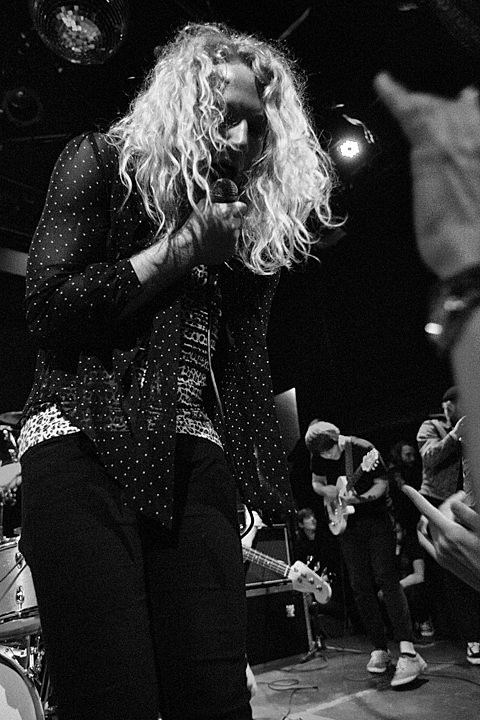 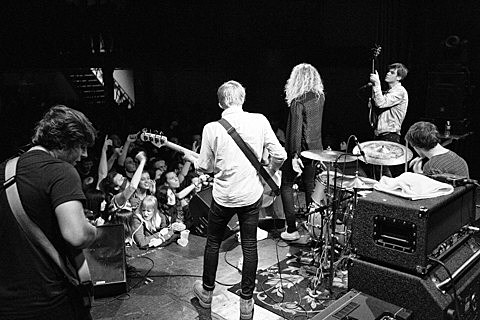 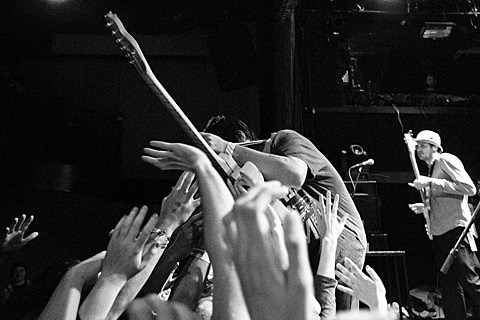 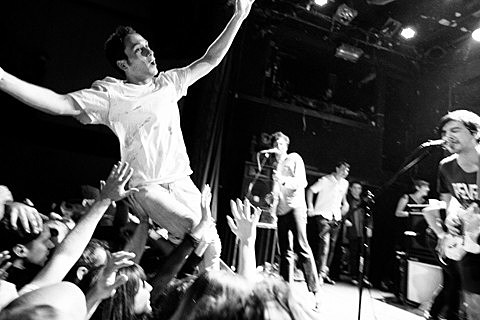 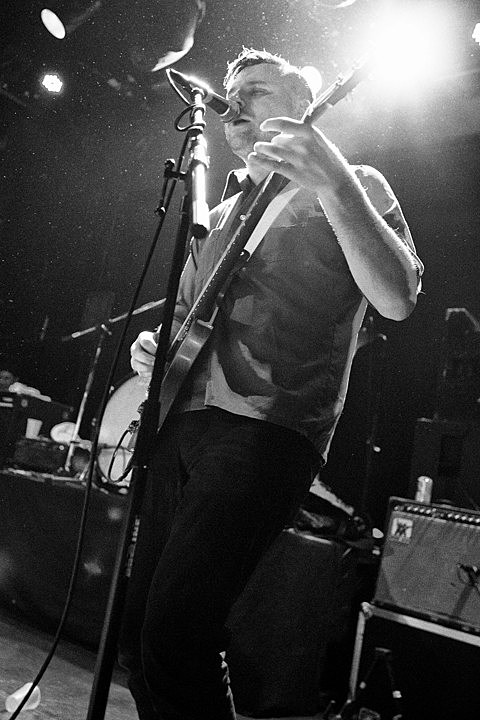 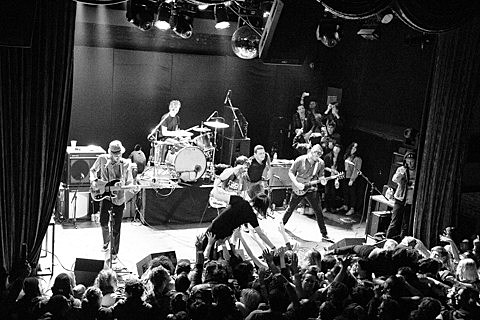 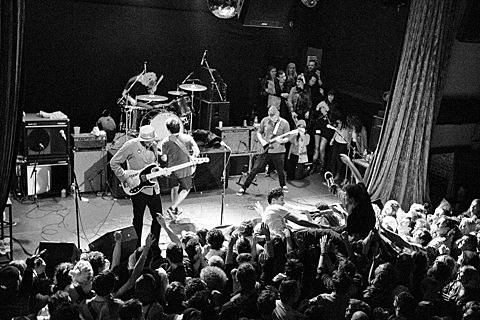