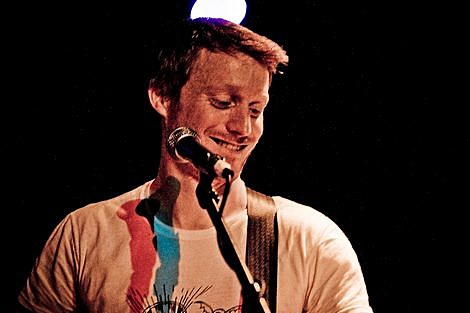 Sunderland, UK's Field Music are bringing their pastoral prog back to the States for a short Fall tour, including a September 23 stop at Littlefield. They were last here in February, just before the release of their third album, Field Music (Measure), which is a shoo-in for my personal Best of 2010 list. A hodgepodge of recognizable (if mostly British) influences -- from Fleetwood Mac to '80s-era Yes to Fairport Convention -- all filtered through the the Brewis brothers' distinct style, the double-LP is a real tour de force.

The Brewises bring it live, too, as anyone who has seen Field Music play live can attest. Extremely skilled musicians, the brothers take turns on drums whenever the other is singing. (David is especially fearsome behind the kit.) The other two members of the band are no slouches either. This is likely to be Field Music's last U.S. tour till the Brewises make another record.

Opening at the Littlefield show are Motel Motel who most recently played the Jelly Rock Yard with Zaza. Speaking of the Rock Yard, you have two more chances to experience it this summer including this Saturday, 9/4, with Bun B, Big Krit, Curren$y and more

All Field Music tour dates, plus a couple music videos, are below.

Field Music - Them That Do Nothing