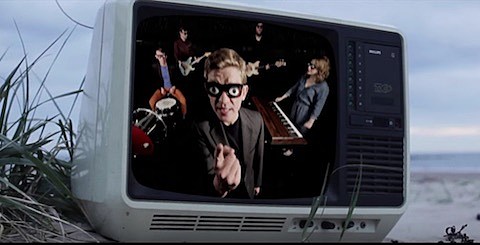 Field Music have made a music video for their terrific new single "The Noisy Days Are Over." Directed by Andy Martin, it's a throwback to videos of the late-'80s where a story that follows the theme of the song plays out while the band make cameo appearances in the background or on TV screens that just happen to be there. The theme in this case is aging, and fighting it, even though you may not be able to do what you used to. It's fun and very well done. Watch below.

The single is from Field Music's forthcoming fifth album Commontime, their first in four years. It's out February 5 via Memphis Industries. As mentioned, the band will be in NYC for a show at Rough Trade on March 26. Tickets are still available.