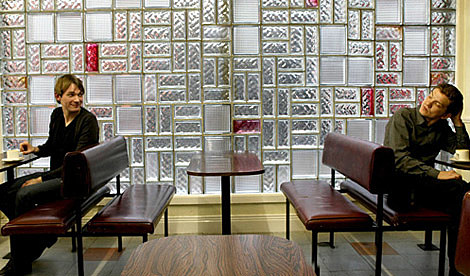 Slow week my ass! The next four or five days are positively packed with shows, at least from a TWII standpoint. No time for small talk, let's get into it.

Tonight/Thursday's the big birthday celebration for Skippy who books The Bell House and Union Hall. I wish I could throw a party for myself and get bands like Field Music (one of two American Performances in 2009) and Wye Oak to play it, not to mention a rare appearance by the mostly defunct '90s electropop band The Pulsars. Also, a band (or someone) called "Rumours" is on after Field Music play. Skippy has been tight-lipped about what this is, but my money is on some sort of all-star Fleetwood Mac cover band. (And if that's the case I'd bet you $20 it involves Carl Newman.) You're invited, too, to this "Improbable Birthday Concert" as tickets ($12, cheap!) are still available.

I've had the new Field Music album, Field Music (Measure), on repeat for the last couple days and it's another knockout from the Brewis brothers, 20 tracks that further refine their distinctive mix of baroque pop, nervy new wave, prog, krautrock and whatever else they're into at the time. It's a Field Music album, no doubt about it, but it's less buttoned up, more rhythm heavy ("Let's Write a Book" shows that one of them's been listening to Can) and willing to give anything a try. If you've never seen Field Music live before, you should definitely come out, the Brewises are shit-hot musicians as well (David is an especially impressive drummer). There used to be a lot of switching instruments when they were a trio, but now as a four-piece I wonder if that'll still happen. We'll see tonight 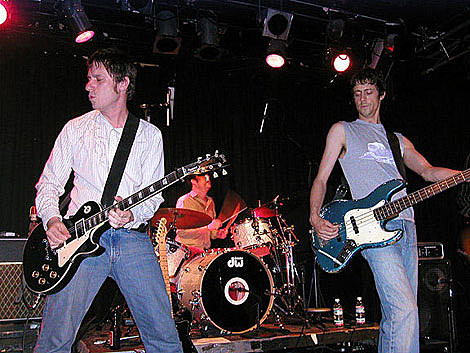 Long-running Upstate New York power pop band The Figgs are are in town for two shows (or three if you count Saturday night in Staten Island): tonight/Thursday (12/3) at Bruar Falls with the Nouvellas and Friday (12/4) at Cake Shop. Both shows are with Detroit's The Sights who open for The Queers at Maxwell's on Saturday (The Queers play Southpaw tonight).

The Figgs are a band who I've always liked but never closely followed. Luckily, my friend Steve, who writes a genuine photocopied fanzine The Reynolds Report (now also available in convenient blog form) is arguably the foremost Figgs authority (and you'd be a fool to argue with him on this subject), so I asked him to write a little guest paragraph for this week's TWII:

The Figgs have been creating great power pop for two decades now, with no signs of stopping any time soon. Steeped in the tradition of The Replacements, Cheap Trick and Elvis Costello, their annual Christmas shows are always a great time to catch them as the coming of winter seems to kick the trio's playing up just a notch. Look for them to break out songs from their upcoming album (due out in April), a choice Christmas cover or two, a wide selection from their nine albums and their brand new 45 "Casino Hayes." I'm pretty sure it's the best song about a gambling-addicted drummer (um, their own) ever.

The Figgs rock, so go see them! All dates below. 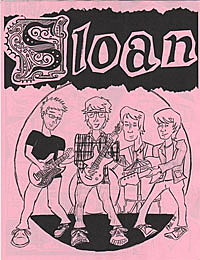 There's a competition for the power pop dollar this weekend. If you're not going to the Figgs on Friday (12/4), it's probably because you're going to see Sloan at the Bell House. That's where I'll be. My love of these Canadians is no secret, and even when they've made a less-than-totally-awesome album they're always worth seeing in concert, one of my favorite live bands of the '00s. (I'm pretty sure I've seen them at least once a year since 2001.) They've got a new five-song digital-only EP, Hit & Run, which is pretty darn good. Chris Murphy contributes two tracks, including the excellent "Take it Upon Yourself," and the rest of the band each gets one. Tickets ($17.50) are still available. They play with fellow Torontonians, the lovely and talented trio Magneta Lane, and locals Deleted Scenes. 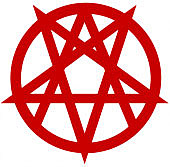 And wait there's more on Friday! Speaking of Canadian, maybe you happened across one of the 37 reports I recently filed from this year's M for Montreal festival. One of that city's more exciting underground bands, Red Mass, make their American debut at Live With Animals Gallery in Williamsburg (same address as Monster Island). Their brand-new EP on Montreal label Semprini is a nice chunk of psych-garage and they definitely put on a good show. The big question is how big a Mass will they be? I've seen them twice -- once there was 10 of them, the second time only four. Safe bet would be somewhere in between. (Canadians love a good excuse to come party in NYC.) If I wasn't already spoken for, I'd definitely being going to see them. Golden Triangle are also on the bill. Singer Choyce told me their might be a house party gig on Saturday too, so look out for that. 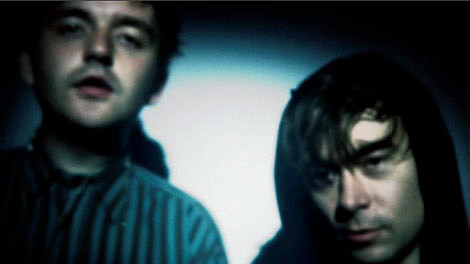 Oh crap, there's still more. The Big Pink, who are making a stink in the UK, are on their first major tour of the U.S., stopping at Bowery Ballroom tonight (12/3) and Music Hall of Williamsburg tomorrow (12/4). Haven't seen them live, but their album A Brief History Of Love is a nice slice of electro-shoegaze that reminds a lot of 30-somethings of early-'90s band Chapterhouse. The anthemic, fist-pumper "Dominos" might not stand the test of time but as an of-the-moment signifier, it's one of 2009's more memorable indie singles. You can download it at the top of this post. I hope they use lots and lots of dry ice and strobes. Crystal Antlers and Von Haze open both shows. 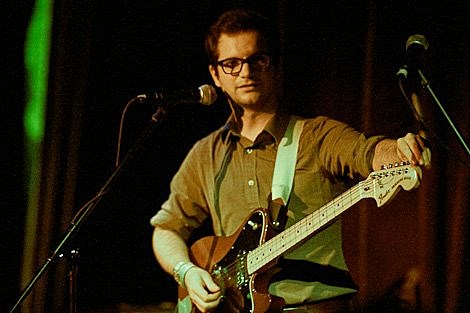 If you missed them when they played the Slumberland 20 party at the Bell House a few weeks back, you can download the audio from that show, and you can catch Boston's Pants Yell! at Bruar Falls on Saturday night which might be the last time they ever play the NYC area as they've vowed to break up next year. They'd be going out on a good note if that holds true, as their new album on Slumberland, Received Pronunciation, is another charming slice of deceptively gentle guitar pop. Pants Yell! rock more live than you might expect, they're drummer in particular is kind of a beast on the kit. They also know their indie rock history, from the Pastels and Felt to the Aislers Set, Unrest and beyond. The cover art, complete with a faux Japanese Obi strip, was done by Unrest/Teenbeat/Air Miami/Flin Flon/Cotton Candy maestro Mark Robinson.

Also playing at Bruar Falls on Saturday: Fluffy Lumbers, The Surprisers and comedian Mike Albo. Should be a good night. 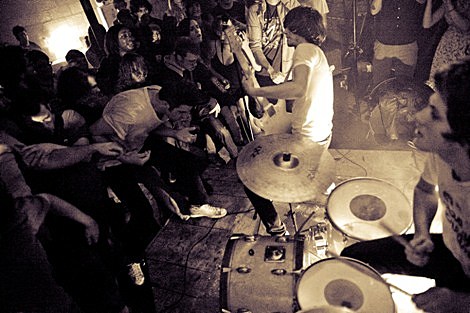 BV faves JEFF the Brotherhood, who've had a pretty good 2009, are back in town for the zillionth time this year (seems like they're here as much as Nashville) but that's okay, you don't really tire of their awesome power. Have you heard their album, Heavy Days? It's great. I know I tend to like the cardigan pop, but riffs and grooves this intense can not be denied. And they are just the best live. The vinyl of Heavy Days just got a second pressing with a new back cover, and there's also a new single, "Heavy Damage," which you can pick up at the merch table. The play Saturday (12/5) at Bowery Ballroom opening for Ted Leo (sold out), and then again on Monday (12/7) at Mercury Lounge for what they say is their last show of '09.

The Monday show is solid as a rawk. (Did I just write that? I'm doing this super late at night.) Also on the bill are Death by Audio's Sisters (noise pop backed by a foreboding amp monolith) and Coin Under Tongue (old school riff-heavy hard rock), plus Dinowalrus (kitchen sink psych not unlike early Flaming Lips). Sure it's a Monday, you're tired, but this bill is like aura caffeine. Show's eight bucks and tickets are still available. It's a bit weird to have JEFF in town and not playing Death By Audio, but if they can tear up Pianos on a Thursday afternoon (as they did at the BV day party during CMJ), they can destroy Mercury on a Monday night.

Dinowalrus, fronted by Titus Andronicus guitarist Pete Feigenbaum, are also at Union Pool tonight (12/3) with Dan Friel and others.. The MP3 on top of this post is from their debut album "%" which comes out on Kanine in January. 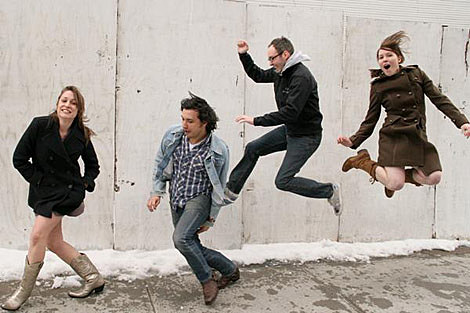 And finally, Brooklyn indiepop mainstays The Besties are calling it quits. I know, it's sad. Here it is in their words, straight from MySpace:

The Besties are officially done. As happens with many awesome relationships, stuff happens and things get hard, and so you end it and remain friends and all that junk. It's like that. We guess? Well, Kelly moved to Asheville, and Frank renewed his vows with the city of Boston. And other stuff. So there's that.

Here's the good news! We are playing two last shows around NYC in December, and we plan on going out with a serious bang. So sell some CDs (keep the Lemonheads ones), bodily fluids or organs for plane ticket money, start hitchhiking, do whatever you need to do - let's party!

Those two shows are Friday (12/4) at Asbury Lanes in Asbury Park, NJ and then their last-ever performance will be Sunday (12/6) at Bruar Falls, which is made extra special because Bunnygrunt are coming in from St. Louis just to play this farewell show.

Like the Besties, I must now say goodbye. But just for this week. Flyers and applicable tour dates follow...

Red Mass are playing this too actually: 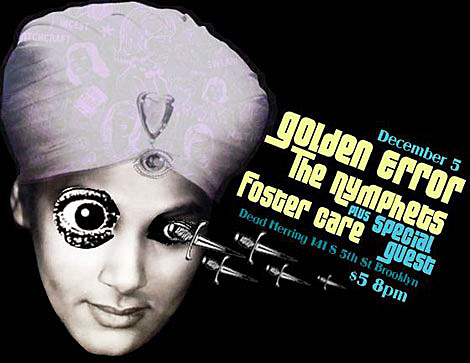 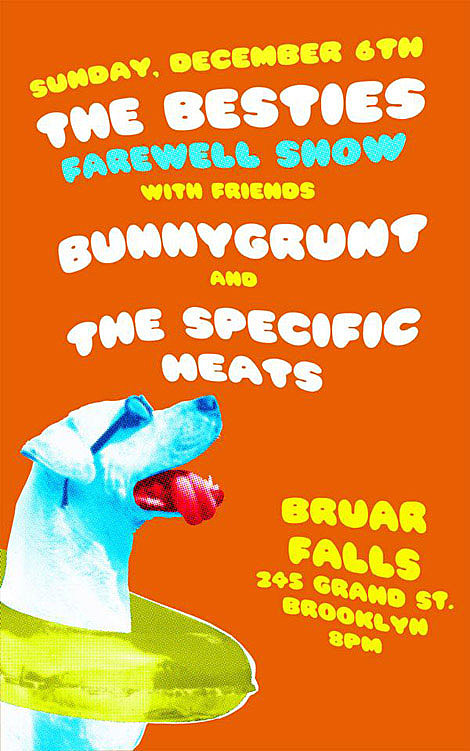 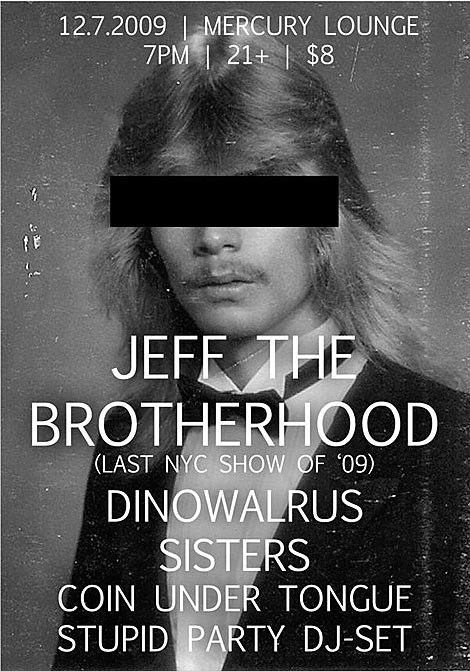