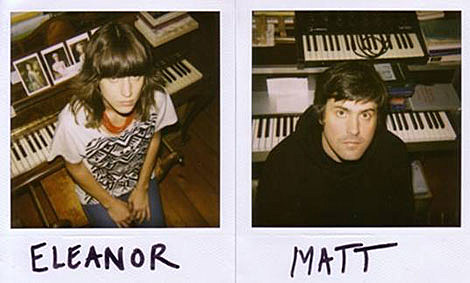 The Fiery Furnaces will be releasing their newest studio album, I'm Going Away, on July 21st on Thrill Jockey Records.

Some facts you should know about the album, provided by the Matt and Eleanor Friedberger...

" I'm Going Away is The Fiery Furnaces' eighth album.
" Made on location in the 88th, 90th and 94th Precincts, NYC at the end of 2008 and the beginning of 2009.
" Produced by Matthew Friedberger.
" Recorded by and mixed with Jason Loewenstein of Sebadoh.
" Drums and percussion: Robert D'Amico.
" Vocals: Eleanor Friedberger.
" Guitars, Keyboards, Vocals: Matthew Friedberger.
" Bass Guitar: Jason Loewenstein.
" Matt and Eleanor are siblings; Bob and Jason are friends who have played with the band since 2005.
" The songs are a Friedberger and Friedberger collaboration!
" Except the title track, which is traditional, arranged by Friedberger & Friedberger.
" Like all the Fiery Furnaces' other albums, I'm Going Away sounds different than all The Fiery Furnaces' other albums.
" Matt wrote most of the tunes. Eleanor wrote most of the words.
" "Charmaine Champagne" is not an R-rated song; Eleanor sings "She's gonna get me folked up, fairly beat."

And - a note from Matt and Eleanor:

All rock music is a sort of dramatic music. And since the times are tough, it makes sense to have that 'drama' be something more like a version of Taxi than something like a version of Titanic. We like Taxi better than Titanic anyway. So we hope that some of the songs on this record can be used as theme songs to folk's own personal versions of Taxi. Because--ideally--the dramatic setting of the music isn't provided by the story or image of the given act or band. It's provided by the lives of the people who use--listen to--the music. That's all kinds of pop music's promise and problem, or danger. So be careful and don't get canceled.

The Fiery Furnaces are playing a "Wordless Music" show at Le Poisson Rouge in NYC on June 11th with Newspeak. Tickets are on sale. All dates, 2 album promo videos, the album tracklist & cover art, below... 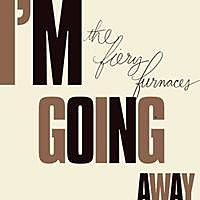