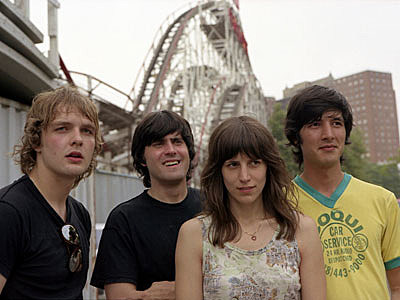 Above photo of The Fiery Furnaces hangin' in front of the Cyclone in Coney Island available as a big wallpaper sized image. As confirmed by my candid non-stage shots of the FF, that picture was taken at Siren 2004. (via thighmaster)

"The band (fiery furnaces) will release a new CD this fall entitled “Rehearsing My Choir”. It’s the first of two new CDs coming soon from the band ...The band is playing Austin City Limits Festival on September 24th and the Airwaves Festival in Reykjavik Iceland on October 21/22..." [fieryfurnaces.net]

And here's some huge pictures of Kimya Dawson, Adam Green, and The Aracde Fire just for the hell of it.