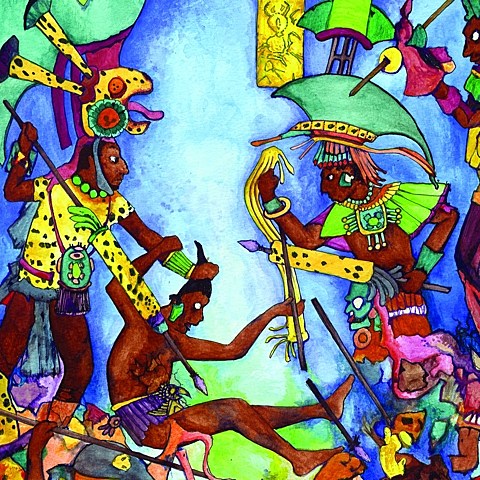 Black metal project Volahn (aka Eduardo Ramírez, of the Black Twilight Circle collective) is playing the awesome Berserktown II festival in LA this summer, but before that he'll play NYC on July 23 at the Acheron with Hand of Glory, T.O.M.B. and wulfkrieg. Tickets are on sale now. Volahn's new album, Aq'ab'al, came out earlier this year and can be streamed below.

That Volahn show is part of the 'Dissociative Visions' festival that also includes a show the next day at Saint Vitus (7/24) with Aureole, Eos, Haethen, Lluvia, One Tail One Head, Sinmara, Sortilegia, Vilkacis, Vorde and more TBA. Ticket info coming soon.

California thrashers Warbringer are hitting the road in 2016 with Enforcer, Exmortus and Cauldron, and playing NYC on January 5 at Gramercy Theatre. Tickets for that show will be on sale soon.

American death metal vets Deicide are headlining the 2015 Metal Alliance tour, which hits NYC on June 18 at Gramercy Theatre. Also on board is Hate Eternal, Black Crown Initiate, Lorna Shore, Svart Crown and Entombed A.D.. Tickets for NYC are on sale. Hate Eternal dropped a new song off their upcoming album, Infernus (due 8/21 via Season of Mist), this week which you can listen to below, via Decibel.

Max Cavalera's band Soulfly are taking out two death metal bands on tour with them this fall, Decapitated and Soilwork. That tour hits NYC on October 20 at Gramercy Theatre. Tickets are on sale now.

We recently mentioned that Phil Anselmo's band Superjoint Ritual was working on new material, and now they have live dates announced too. Nothing in NYC, but they'll be close by on July 17 at The Chance in Poughkeepsie. Tickets are on sale.

Gnaw Their Tongues at Maryland Deathfest 2015 (photo by @mad_angel84) 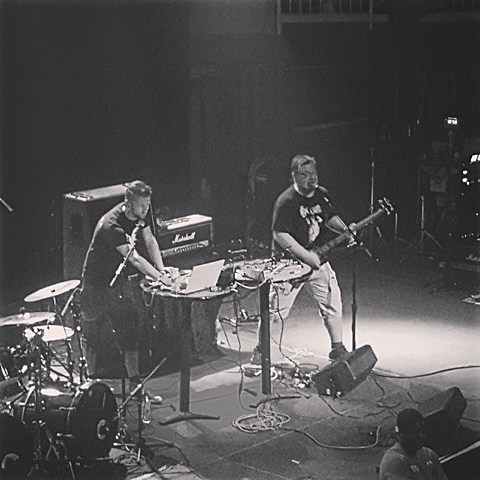 There are some good metal and hardcore shows this weekend that we've previously discussed too. There's a late White Lung / Obliterations show tonight at Knitting Factory (tickets), and Obliterations also play The Studio at Webster Hall on Saturday with Give and Impact (tickets). Upstairs at the Marlin Room that same night is Modern Life Is War playing Witness in full with United Nations, Frameworks and The Banner (tickets). And at Vitus that night is Falls of Rauros (tickets). This weekend also has Apex Fest at Trans-Pecos with Gnaw Their Tongues and more on Saturday and The Body and more on Sunday. And there's metal representation on the Bushwick Collective Block Party this Saturday from Black Tusk, Sannhet and Primitive Weapons (not to mention Fat Joe is playing).

The High on Fire / Pallbearer / Lucifer / Venomous Maximus tour hits NYC for two BrooklynVegan-presented shows: 8/15 at Irving Plaza and 8/18 at Irving Plaza. Tickets for both are still available.

As for new music, Fight Amp are streaming their new album, Constantly Off, which comes out next week via Brutal Panda. Listen below. Their tour with KEN mode hits NYC on 6/18 at Saint Vitus with Pyrrhon and Couch Slut (tickets).

KEN mode are also streaming another song from their new album called "I Just Liked Fire," which you can hear below.

Rosetta released another track off their upcoming album, Quintessential Ephemera, which is due June 22 via War Crime / Golden Antenna. Stream "Untitled I" below.