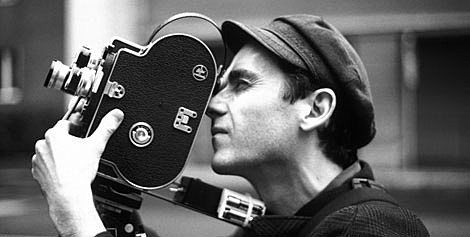 Among the films shown as part of the evening are John Cohen's 1963 music documentary That High Lonesome Sound; Jem Cohen's Nice Evening, Transmission Down, a portrait of Sparklehorse's Mark Linkous; a short film of Patti Smith's cover of Nirvana's "Smells Like Teen Spirit"; never-before-seen outtakes from Jem's Fugazi film Instrument; and other surprises.

That event, "Film and the Folk/Punk Connection," is tomorrow (Wednesday, July 15th) at IFC Center 7:30pm. Tickets are available.

It's the first of three-part series with Jem Cohen at IFC. The second event, which includes Cohen's "documentary musical hallucination" Empires of Tin, will be on Tuesday, August 11th. The last, "Shorts, Rarities and Things to Come," will take place on Thursday, September 3rd.

More info on the event, plus an interview with Jem about his Fugazi documentary, Instrument, below...

"Film and the Folk/Punk Connection" info

Whether born of the proverbial back porch or the garage/basement, folk and punk were essentially home-grown expressions made by the people and for the people, which flourished outside of (and in spite of) the commercial music industry. When first looking to find his way as a filmmaker, Jem Cohen found a template not in the film world, but in the D.I.Y. music scene that erupted in Washington D.C. in the late 70s.

"Folk, punk, and underground filmmaking seem inherently related art forms: regionally vital, anti-establishment, both carrying and bending their traditional lineages," notes Cohen. "As we explore how these realms connect through the moving image, I hope to unearth some essential truths about independence."

"Film and the Folk/Punk Connection" is part of our "Movie Nights with Jem Cohen" program, which also includes EMPIRES OF TIN on Tuesday, August 11, a presentation of Jem Cohen's documentary musical hallucination about empire, combining film, readings and music; and "Shorts, Rarities and Things to Come" on Thursday, September 3, with unseen films old and new, excerpts from recent collaborations and a glimpse at the methods behind the madness. Additional details and showtimes for those evenings to be announced.