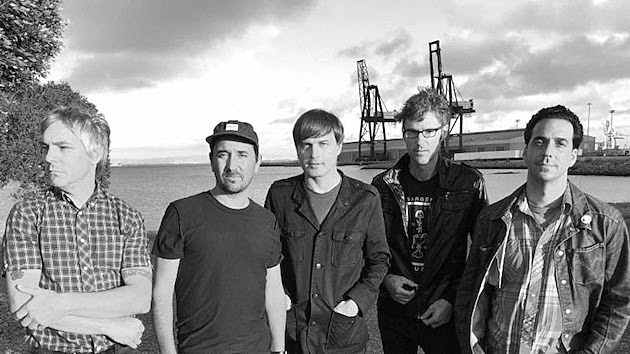 Fronted by Greg Bertens, San Francisco's Film School made four albums -- a couple for Beggars -- of superior shoegazy indie rock inspired by a variety of '80s sounds. (Bunnymen, Cure, MBV, etc.). They called it quits in 2011 but reformed with their prime, cira-2006 lineup for a one-off show in 2014. The band are now back for reals and released a new EP, June, today. You can stream the whole thing right now, via The Big Takeover, below.

Film School have a couple California shows this month: The Echo in Los Angeles on February 19, and they'll play February 27 at SF's Bottom of the Hill as part of Noise Pop Fest.