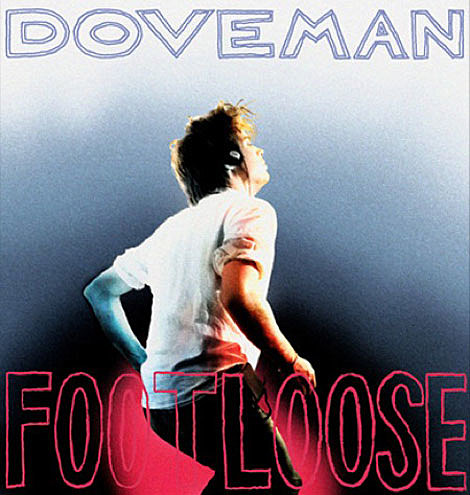 The new monthly Unsilent Film series kicks off Wednesday, April 7 with a free concert from Kría Brekkan (ex-Múm, Avery Tare & Kría Brekkan) as she debuts a live-improvisational score to Jean Epstein's 1928 horror masterpiece The Fall of the House of Usher. Then on April 25 Doveman will perform revised versions of tracks from his reinterpretation of the Footloose soundtrack and his album The Conformist to excerpts from the films Footloose and The Conformist. And on May 23 the series will feature jazz guitar luminary Marc Ribot doing his solo-guitar score to Charles Chaplin's 1921 slapstick comedy The Kid. [Le Poisson Rouge]

The screening tonight (4/7) is free - tickets to Doveman and to Marc Ribot are both on sale. The latter two are not new material - Doveman released a Footloose covers album in 2008 and his original The Conformist LP last year, and Marc Ribot performed with the same film as part of the NY Guitar Festival earlier this year.

Also coming up, Doveman will be opening for Patrick Watson on May 6th at the Bell House and May 7th at 92YTribeca. He'll also be performing with collaborator Sam Amidon at Sam's album release show at 92YTribeca on Saturday, April 10th. Tickets are still on sale.

One of the songs on Sam's new record, I See the Sign, which is out now, is a dead serious cover of R. Kelly's "Relief" that's actually sort of affecting. The song is posted above. Beth Orton contributes to Sam Amidon's new album (and vice versa), and he joined her for two NYC shows in January. They also recently recorded a cover of Big Star's "Thirteen" with Dave Schramm and David Mansfield for Radio Free Song Club.

As we gathered on St. Patrick's Day to tape show number four, we learned of the death of Alex Chilton. Beth Orton and Sam Amidon were in the studio that night and worked out a version of Big Star's "Thirteen". Ted found the lyrics online, Sam picked out the chords and they sang it for the first time.

Marc Ribot will be performing in a trio with bassist Henry Grimes and drummer Chad Taylor at Rose Live Music on April 12th. And he'll do two sets at the Stone on May 6th (1st Henry Kaiser, Marc Ribot & John Zorn; 2nd Duo with Henry Kaiser & Marc Ribot).

The film screening tonight is the only announced upcoming date for Kría Brekkan. check out a video of her and Fall of the House of Usher, both pasted below...