Fiona Apple at Terminal 5 in 2012 (more by Caroline Harrison) 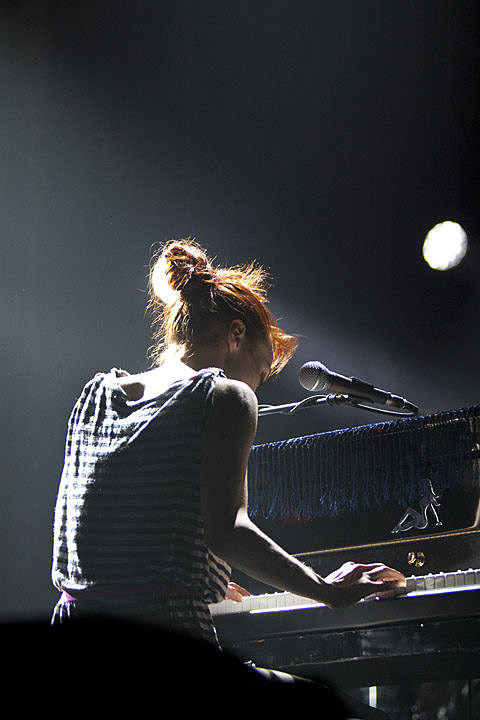 Fiona Apple has announced that she'll embark on another tour this fall, which is being billed as "Anything We Want: An Evening with Fiona Apple and Blake Mills." Blake also opened and played in her band on Fiona's last tour, and we just caught him on stage with Dawes at the Newport Folk Festival.

Regarding the name of the tour, Fiona and Blake say, "We know it'll be something special, and we aren't being coy here -- it's just that we have about 26% of an idea of what the fuck we will be playing for you" and that "the uncertainty excites us." The tour comes to NYC for a show on October 22 at Beacon Theatre. Tickets for that show go on sale Friday (8/2) at 11 AM with a presale starting Tuesday (7/30) at 10 AM.

Fiona also recently made a video for "Hot Knife" off her 2012 LP, The Idler Wheel.... The video was directed by Paul Thomas Anderson, her ex-boyfriend and famous movie director (Boogie Nights, There Will Be Blood, Magnolia). Check out that video, along with Fiona's list of fall tour dates, below.