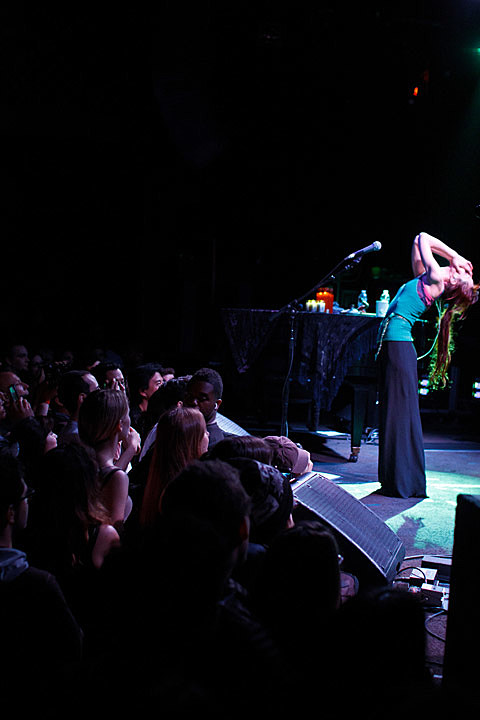 "Fiona Apple got a warm welcome back to her native city [Friday] night at the Music Hall of Williamsburg. Born in New York City in the fall of 1977, her last live show here dated back to December 2005 [actually she played NYC in August 2007], so fans --most of whom, we're assuming, probably didn't see her performances at SXSW last week-- were exploding with emotion as the lights dimmed. She came onstage to deafening cheers, her hair in a simple ponytail, wearing a bright green camisole cinched with a silver-y belt that hung stylishly in a bow at her side. She declared that she had two things to say:

1) She missed her dog Janet, so her friend had made her a cardboard cutout of her canine pal that she could bring with her on stage.
2) Even though she wouldn't hear anyone chatting away during the show, she suspected other folks in the crowd wouldn't appreciate any loud talkers.

(On the second point, there would be little to worry about. The crowd hung on her every lyric last night. Talkers? No. But there were plenty of participants, as the set would veer into a full-fledged sing-along at several moments during the hour-long show.)" [VH1]

Guitar great/singer-songwriter Blake Mills opened the Brooklyn show and also addressed talkers ("I can't hear myself think"). He then joined Fiona as a member of her extremely talented live band, as he will again Monday night at Bowery Ballroom (part of a very short North American tour).

Like she did in Chicago, Fiona, who was on stage by 9:45pm (I know at least a couple of people who missed the first 15 minutes of her set), played for just under an hour. Her 12-song, encore-less performance included a couple of new songs, hits like "Fast as You Can", "Sleep to Dream", and "Criminal", and the title track of her 2005 album "Extraordinary Machine" (one of my favorites of the night). She closed with a cover of Screamin' Jay Hawkins/Conway Twitty's "It's Only Make-Believe" which I thought, despite being a cover, was the greatest, most powerful moment of the too-short show. Video of that & more, with the full setlist and more pictures from Music Hall of Williamsburg, below... 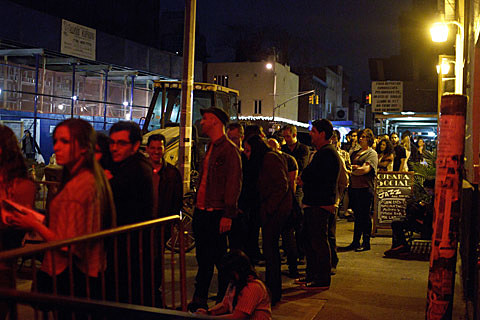 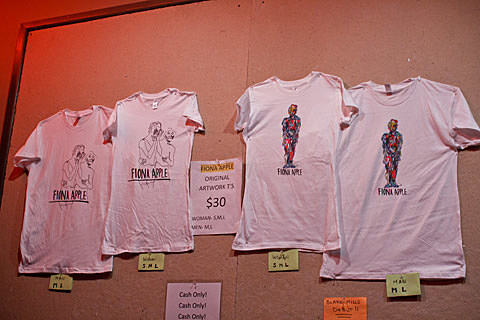 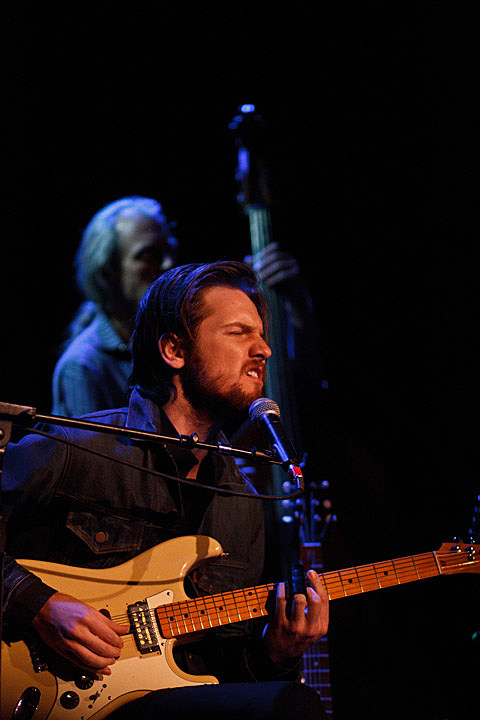 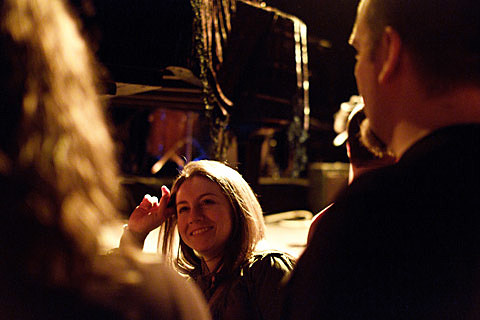 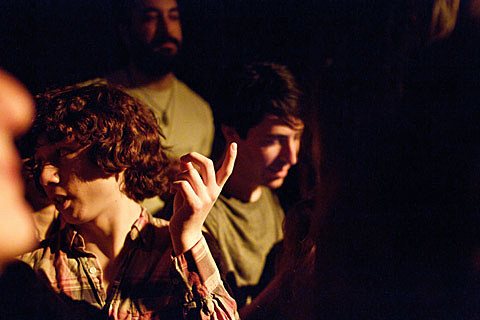 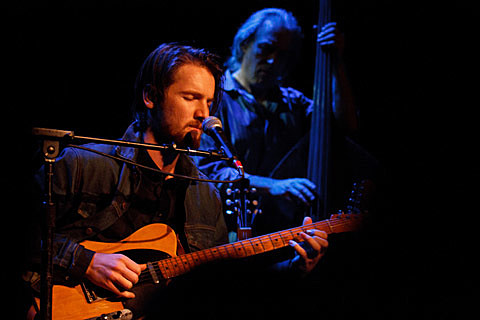 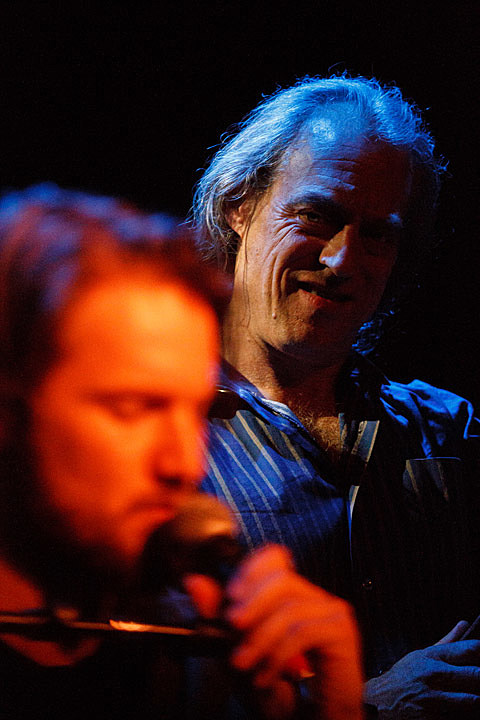 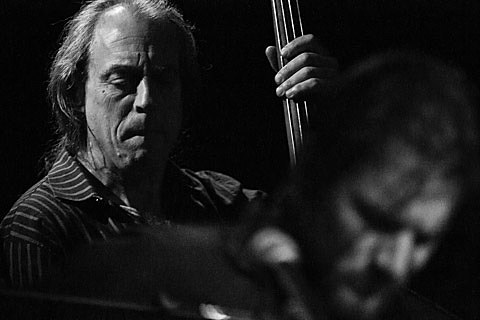 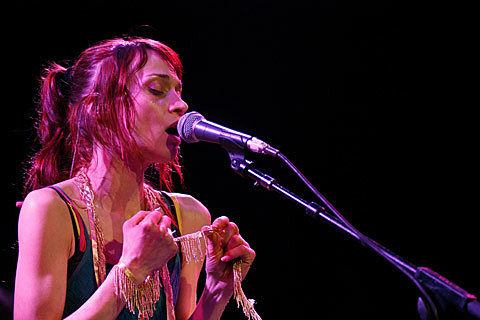 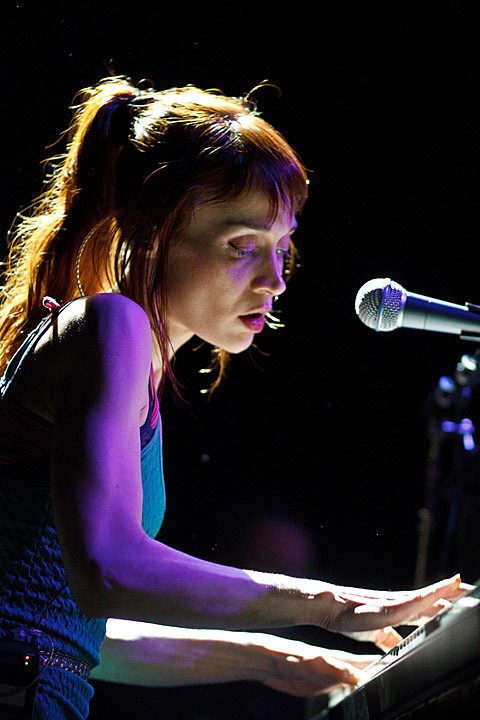 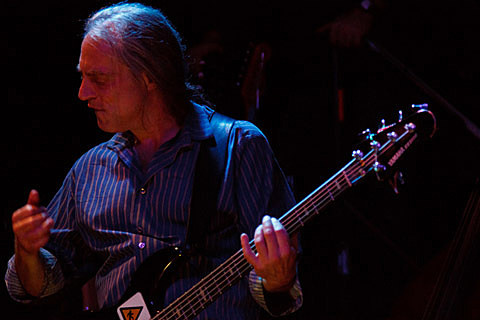 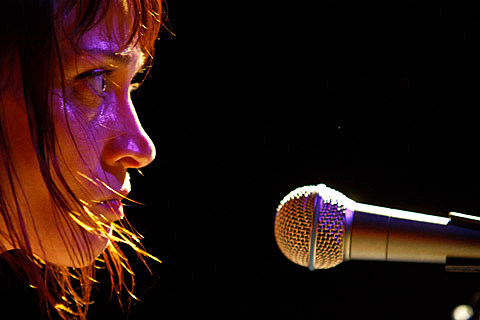 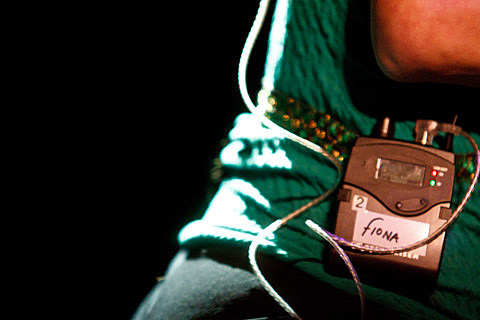 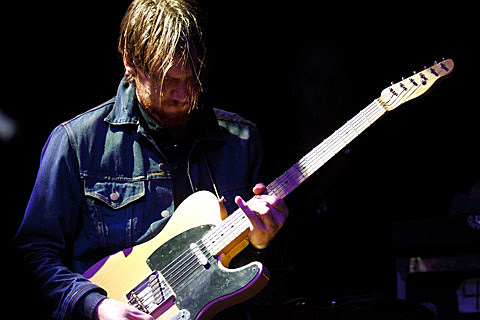 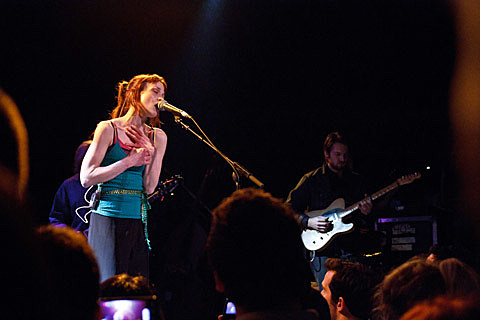 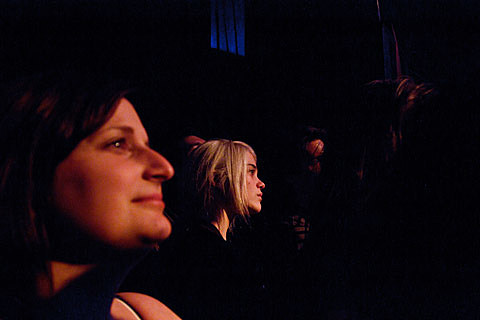 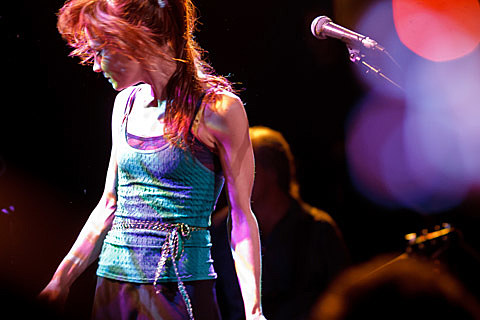 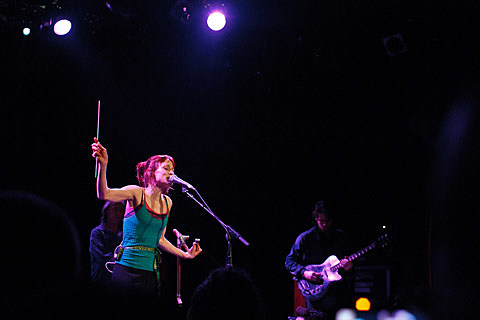 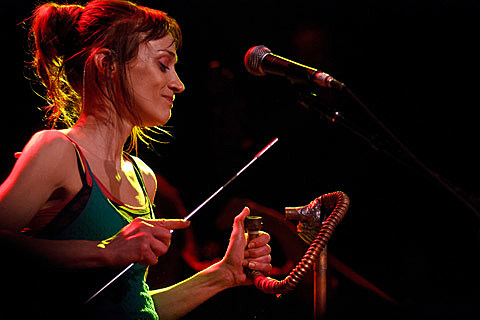 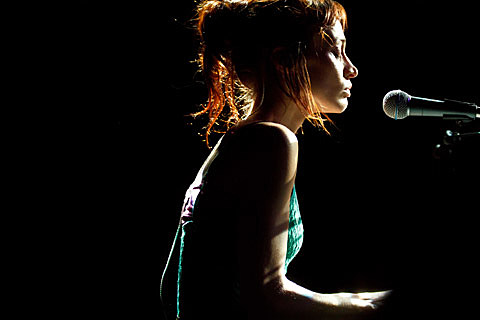 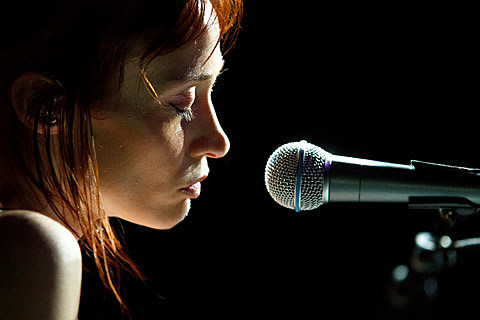 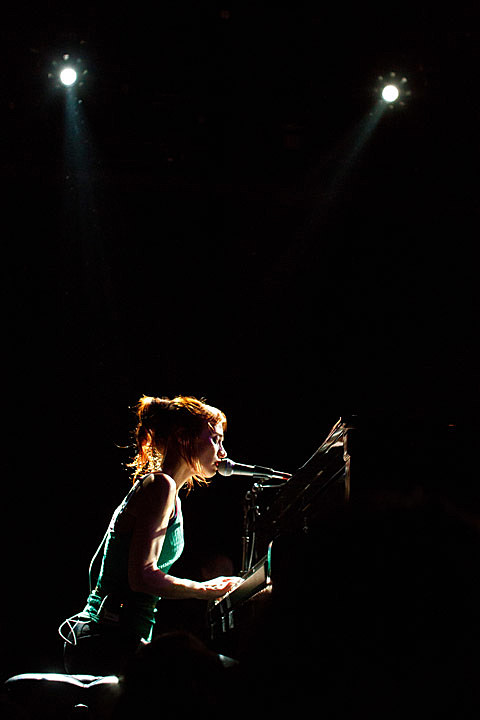 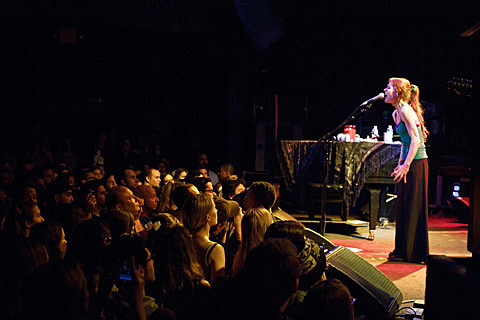 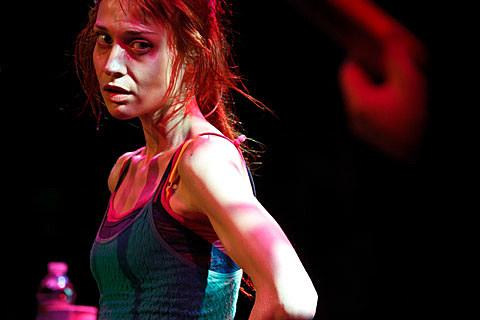 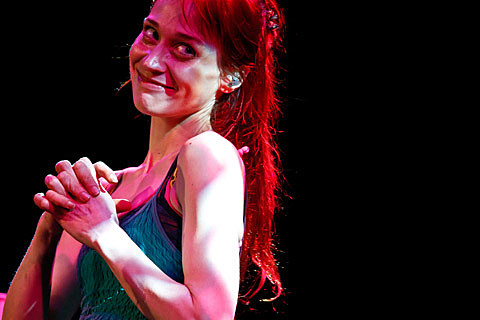 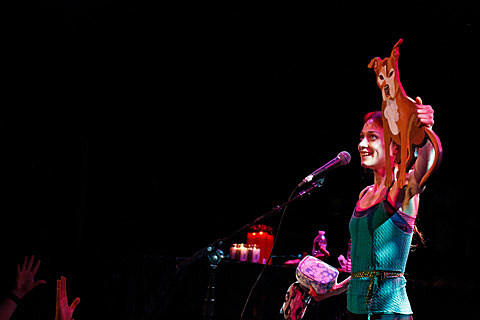 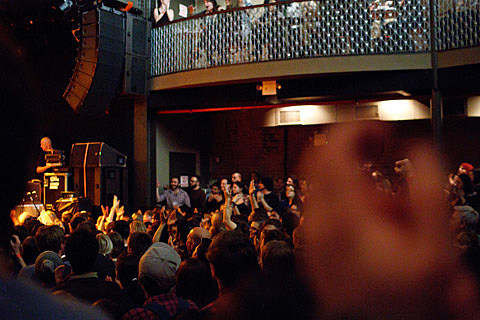 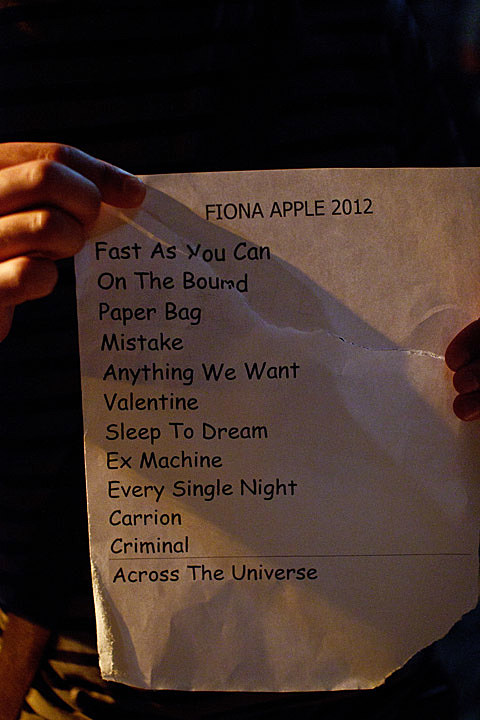