"I don't know who you are @BreakMirrors but this 'Heigh Ho' album is some astounding stuff. #deeproots" - Marc Maron 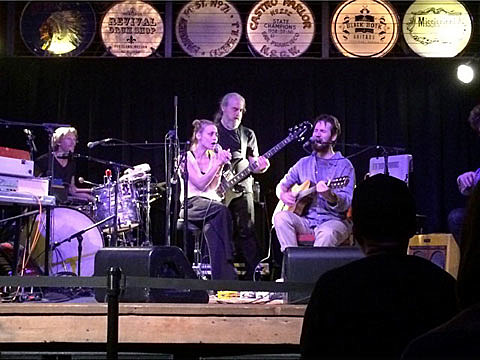 Fiona Apple frequent-collaborator/guitarist/opener Blake Mills is currently out on his own headlining tour in support of his latest solo album Heigh Ho (Fiona also sings on two tracks). A press release describes his band for the tour as, "Rob Moose on violin, Stuart Johnson on drums, Tyler Chester on keys and Sebastian Steinberg on bass, among other frequent Mills collaborators." And they weren't lying. Frequent Mills collaborator Fiona Apple has been performing at the gigs. It happened in Seattle, in Portland, and in Fiona and Blake's home state of California (in multiple cities).

The tour continues in St. Paul on Friday before hitting IL, MA, PA, DC and NYC for two sold out shows (at Le Poisson Rouge and Rough Trade). Will Fiona venture this far east? A "special guest" is confirmed for both nights.

Remaining tour dates are listed with some videos below...

Blake Mills - Don't Tell Our Friends About Me (Lyric Video)

Blake Mills - Don't Tell Our Friends About Me (Rehearsal Video)