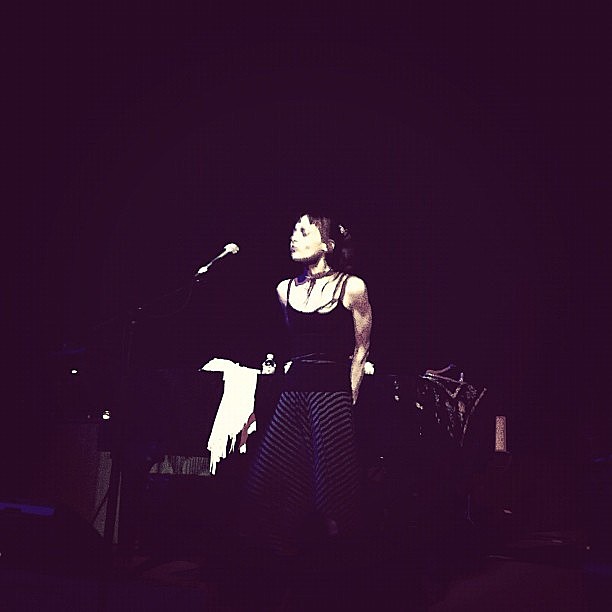 So far, Fiona Apple is definitely in the running for most blogged about act at SXSW. She played two shows--at Austin's Stubb's on Wednesday night and Central Presbyterian Church on Thursday night.

Of the Stubb's show, the New York Times writes that "the baleful, anxious, doleful, enraged Fiona Apple was back in full force."

The Austin shows are the first in a short tour for Fiona, which includes stops in Chicago, D.C., Atlantic City and Boston. New York audiences will get to see her March 23rd and 26th at a pair of BV-presented shows, as well as at Governors Ball in June.

Video from Austin and a set list are below... 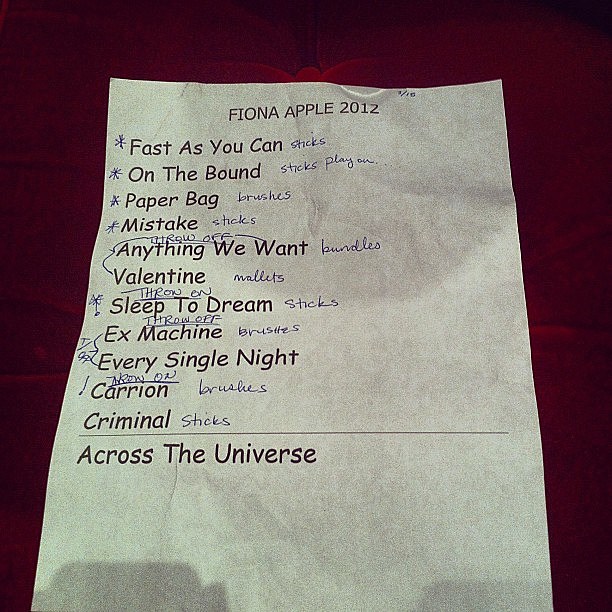