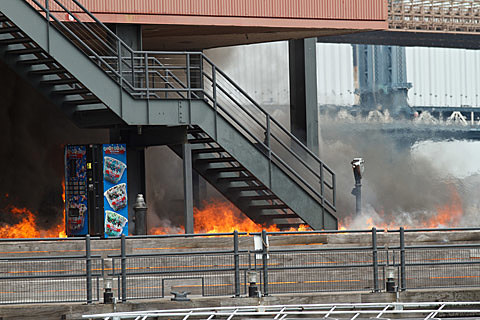 As you may have heard, there was a big fire at the Pier 17 mall at South Street Seaport during the 4Knots Festival which broke out around 4PM, right in the middle of Hospitality's set. I was in the crowd watching the band and left about 3/4 of the way through to meet some friends on the VIP/press boat The Peking which is docked on the other side of the stage. Walking up the gangplank, I noticed everyone on the boat seemed to be gathered on the side, looking over at the Skipper's stage. My initial thought was "wow, Delicate Steve (who was playing or about to play) is more popular than I thought" but then I saw the smoke, which was emanating from the lower outside deck on the Southeast corner of the mall.

Then there were flames, and the smoke turned black. The flames got bigger. Hospitality were still playing, and didn't know anything was going on until someone came up and stopped them. Though you could hear the sirens wailing, the Shark boat was first on the scene using its hose to try and douse the flames which were now reaching the second floor deck. I thought for sure 4Knots would be canceled at this point. Then the FDNY boats arrived (it was a three alarm fire), and had most of the flames out quickly, except for the vending machine (a 'dippin dots' type ice cream thing) which would not go out and seemed to all of us watching to be the cause of the fire.

After about a half hour, things cooled down, and though that vending machine was still smoking (it took almost two hours to get it all out) the music resumed. Actually, Delicate Steve started playing what seemed to be improv jams to soundtrack the action which was under control at that point. Turns out it was an electrical fire:

Fire marshals also were looking Sunday into whether there was any structural damage from Saturday's blaze in the tourist-friendly historic neighborhood.

The fire started under Pier 17 on the East River. It covered about 100 square feet. Big plumes of black smoke wafted over the Manhattan skyline.

Fire Department spokesman Jim Long said the blaze "could have been a disaster." The pier was teeming with hundreds of visitors. But no one was hurt, and firefighters doused the flames in less than two hours. [AP]

Miraculously, no one was hurt, no stores or restaurants were damaged and the pier was reopened to the public later that night. But it certainly made for a surreal day and an outdoor NYC concert those in attendance won't forget.

Needless to say, the fire was extremely well documented, as dozens of photographers were there for the fest and of course hundreds more were there with their smart phones out. More of our photos and some videos are below. 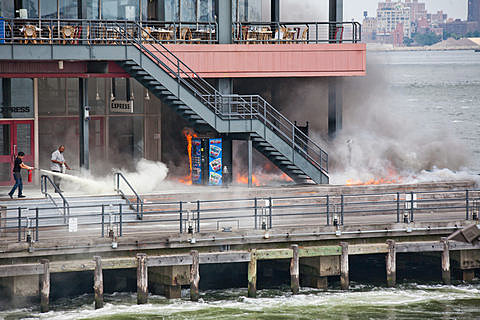 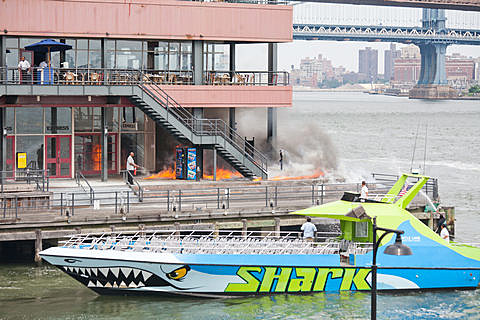 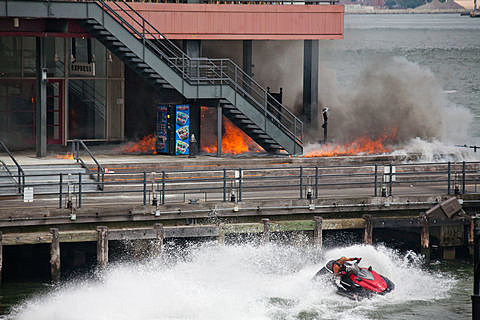 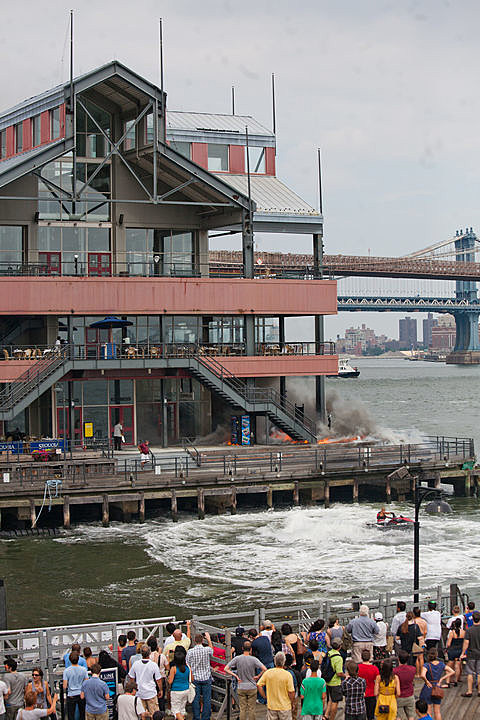 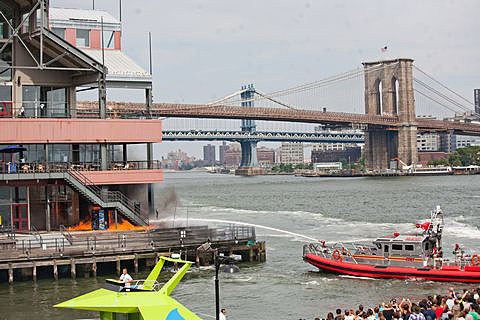 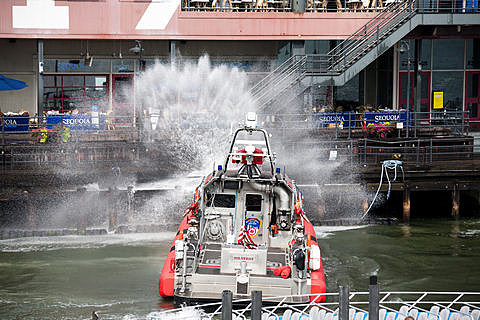 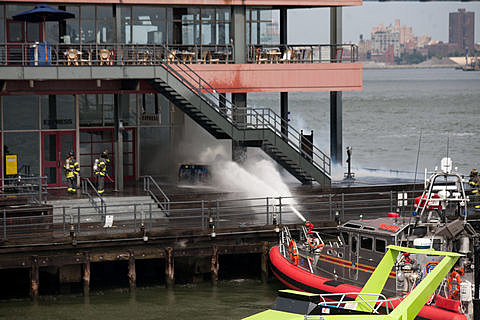 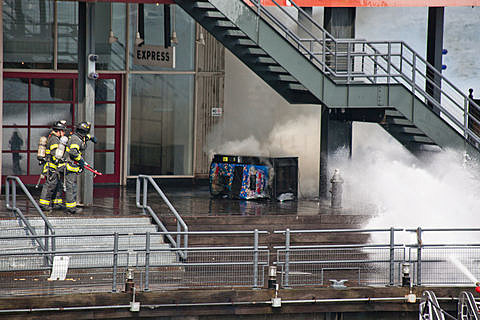 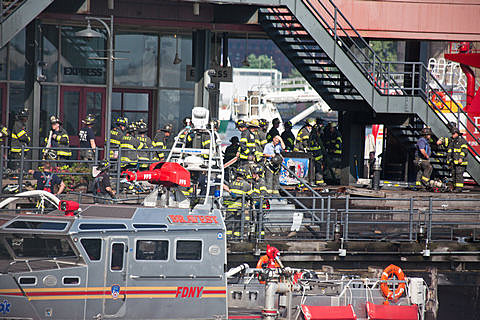 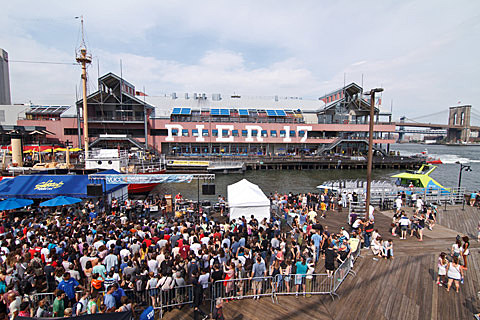 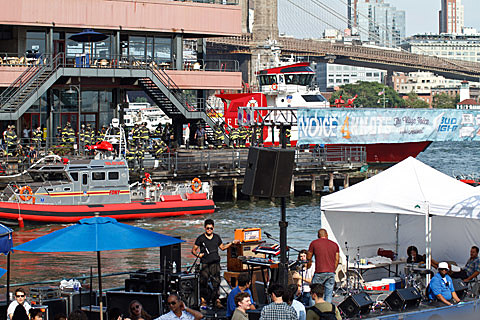 Later that night things got wild inside Beekman Beer Garden.