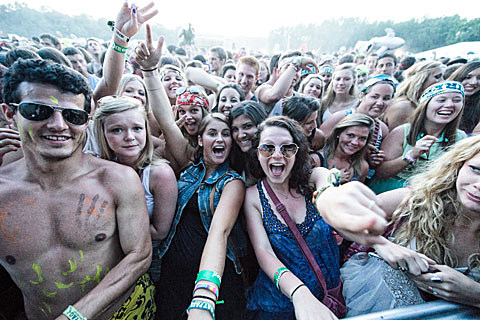 The annual Firefly Music Festival is returning to Dover, Delaware in 2014 and the festival has been expanded from a three-day festival to a four-day festival, going down from June 19-22. Early bird campers will also be allowed in the Wednesday before (6/18), meaning the site will be open for five consecutive nights. Via Delaware Online:

"What drove this decision was the heartburn that a lot of people had last year with the traffic," says Michael Tatoian, chief operating officer of Dover Motorsports, Inc., which leases its grounds for the festival. "If we are able to extend the load-in period by a couple of more days, it will reduce the congestion.

"It won't eliminate it, but it will reduce it."