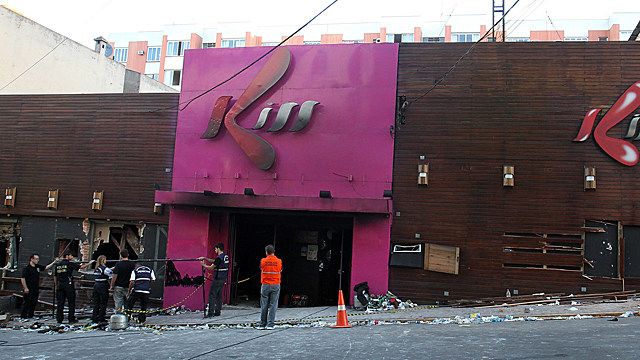 According to local authorities, the soundproofing foam in the nightclub's ceiling was ignited by fireworks set off by the live entertainment.

Many of the victims died of smoke inhalation inside the club's bathrooms, where investigators believe patrons ended up after mistaking them for exits.

Three people have been arrested in connection with the fire, including one of the club's owners and the band's lead singer. Early reports claimed the club had its safety documents in order, but new testimony suggests that might not be the case.

At least 233 people died inside the club in Brazil on Sunday.

A video of the band in question (Gurizada Fandangueira), who all escaped the fire except for an accordian player, below...