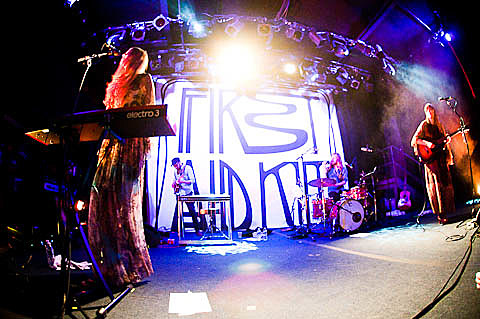 Swedish folk pop duo First Aid Kit were recently announced for some US festivals like Bonnaroo and Sasquatch, and they've since announced a full North American tour surrounding those fests which brings them back to NYC on June 11 at Webster Hall with Willy Mason. Tickets for that show go on sale Friday (2/28) at noon with an AmEx presale starting Wednesday (2/26) at noon. All dates are listed below.

First Aid Kit have also signed to major label Columbia Records, who will release their third album later this year. Stay tuned for more on that.

Meanwhile, watch their video for "Blue" from The Lion's Roar, along with the list of dates, below...