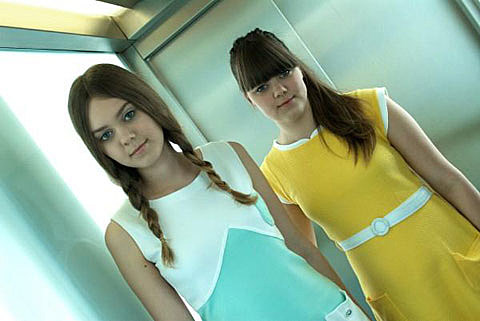 Swedish female folk duo First Aid Kit never made it to CMJ 2009, MusicSnobbery CMJ show included. So they're going to try it again. MusicSnobbery presents First Aid Kit and The Loom at Joe's Pub on Saturday, October 23rd. It's a late show (11:30pm), and tickets are on sale.

Whether that show is actually part of CMJ or not is unclear (I don't think it is), but the other two shows the band plays in NYC that week definitely are. You can also catch First Aid Kit as part of the Saddle Creek/Wichita CMJ showcase at the Delancey on October 21, and as part of the Windish Agency showcase at Rockwood Music Hall one day later:

And speaking of Windish showcases, the announced lineup of the one they're throwing at Santos Party House on the 23rd recently got much bigger. In addition to School of Seven Bells, there will also be sets by Asobi Seksu, Cults, Big Freedia, French Horn Rebellion, Bikini, Royal Bangs, Superhumanoids, Dominique Young Unique, Chain Gang of 1974, The Good Natured and Delicate Steve. Tickets are on sale.

Those NYC dates come at the end of a North American tour for the duo. That tour kicks off on September 30th in Seattle, includes Austin City Limits, and a bunch of shows with Ferraby Lionheart opening. All dates are listed below.

If you're familiar with First Aid Kit's music, you probably know that the girls stuck gold with their cover of Fleet Foxes' "Tiger Mountain Peasant Song" (video below). It was so good they even included the track on their 2008/2009 release, "Druken Trees" which was released on Karin Dreijer Andersson of Fever Ray/The Knife's Rabid label in 2008, and then re-released by Wichita in 2009.

That 2009 release, though 8 tracks long, fell into the EP or mini-LP category. The girls' debut LP, The Big Black & Blue, was released earlier this year on Wichita. The third single from that album is "Ghost Town" and is being released this Tuesday by Wichita as a 7" with a new great cover as the b-side. That cover is "When I Grow Up" by Fever Ray.

Listen to that cover, the Fleet Foxes cover, the official video for the single, and all dates, below.... 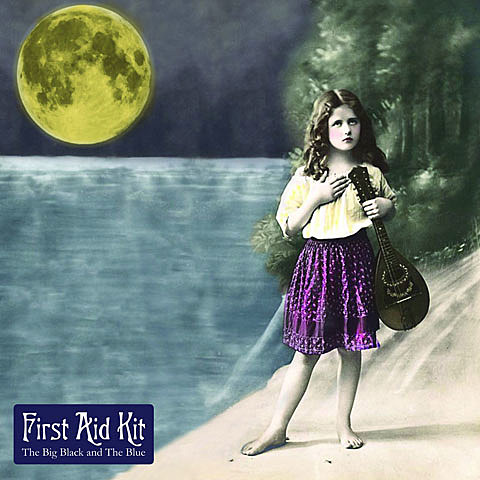 "When I Grow Up" (Fevery Ray cover)