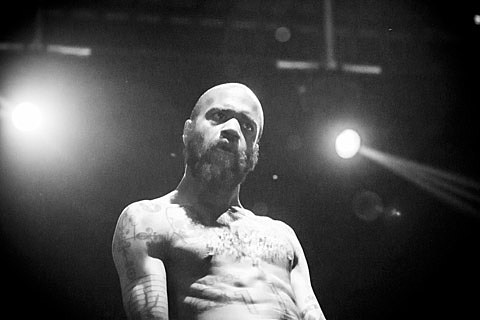 Passion Pit was kind enough to take the time to let fans know "a few" of the reasons bands cancel shows, like "weather", "general illness", "metal illness" and "conflicting schedules" (did they mean "emergency situation"?). We'd like to add a few more to the list:

1) Low Ticket Sales - Sometimes bands cancel shows because they don't want to play to an empty room, or it will be cheaper to refund everyone's money than pay the expenses associated with playing to a half-filled room. Sometimes they or the promoters are honest about it. Sometimes they aren't. Sometimes this can be solved by moving the show to a smaller venue instead of cancelling.

2) "Visa Issues" - This is a legitimate issue many artists face when trying to play overseas, and that sucks. Artists and/or the people who work for them can be overly optimistic and announce overseas shows before the band has the proper approval to play them, partially because they need to announce the show way in advance and the government can be slow. Sometimes it's easier to blame the country than yourself for filling out paperwork late. Sometimes you just need to say something that sounds better than "low ticket sales".

4) Offered Something Better - Sometimes artists get offered late night TV shows or tours with Paramore but they already scheduled shows during that time. Sometimes those artists decide that taking that new opportunity is important for their career, and worth pissing off a few fans and complicating things.

and last but not least...

Add your own reasons in the comments!