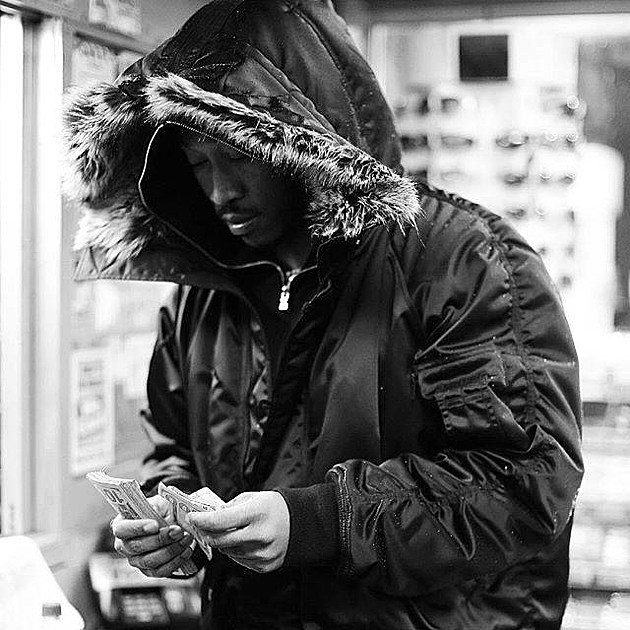 This is the second week of this new "Five Notable Releases of the Week" feature. If you missed the (mostly self-explanatory) introduction of what this thing is all about, revisit week one. I did point out that it's not about individual singles, which means it won't include the best release of this week: Beyonce's "Formation" song/video. But as long as you watched the Super Bowl, you probably don't need a reminder of that anyway. Also, I really hoped I'd be talking about the new Kanye album today but so far no sign of it. Hopefully by next week!

Anyway for this week's albums, read on below... 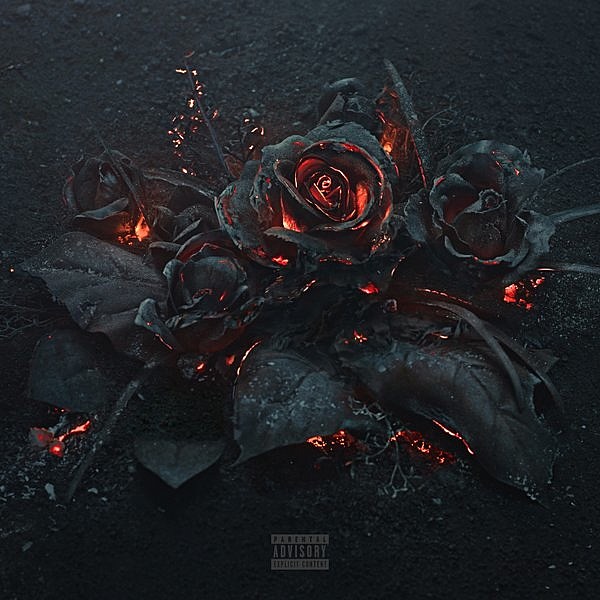 At the tail-end of 2015, The Weeknd dropped a handful of new songs including the Future collaboration "Low Life," one of the best songs either artist had put out in what was a huge year for both of them. That track now appears on Future's newest official album, EVOL, so even if the rest of the album sucked it was still guaranteed to have one certified slapper. Luckily, the rest of it does not suck. Future's had an almost-unbelievably prolific output lately, with seven full length projects out in the past year and a half (including the one with Drake). And they all vary from good to essential. Purple Reign, the mixtape that came less than three weeks before EVOL, was probably the weakest of them. Lately it seems like the only real difference between an album and a mixtape is whether or not you're charged for it, but Purple Reign very much felt like it wasn't an album. EVOL has him back in cohesive-album mode, and it's well worth the the 11 bucks you have to drop on it.

Future's best release yet is DS2, where his ugly stories and dancefloor-moving rhythms are met with overwhelming despair. He sounds a little less sad on EVOL, but it's meaner, darker and it's over and done with much more quickly. The production (mostly from usual suspects Metro Boomin, Southside, DJ Spinz and a few others) is once again atmospheric and at the top of its game, and he's got some new tricks this time too. "Seven Rings" brings in rubbery distorted bass and reverbed-out choral vocals. "Fly Shit Only" has an evil guitar arpeggio. "Lie to Me" shoots out lazer synths. Future himself delivers too. On "Lil Haiti Baby," he's practically screaming at the top of his lungs. You never hear another person's voice until the second to last track (the one with The Weeknd), at which point you've already been sucked into Future's world. It's impressive that he can carry all these projects without many guests, but it's also why they're so good. Other artists would just bog this thing down. As EVOL proves once again, the less that comes between Future and the listener, the better.

Pick it up on iTunes. 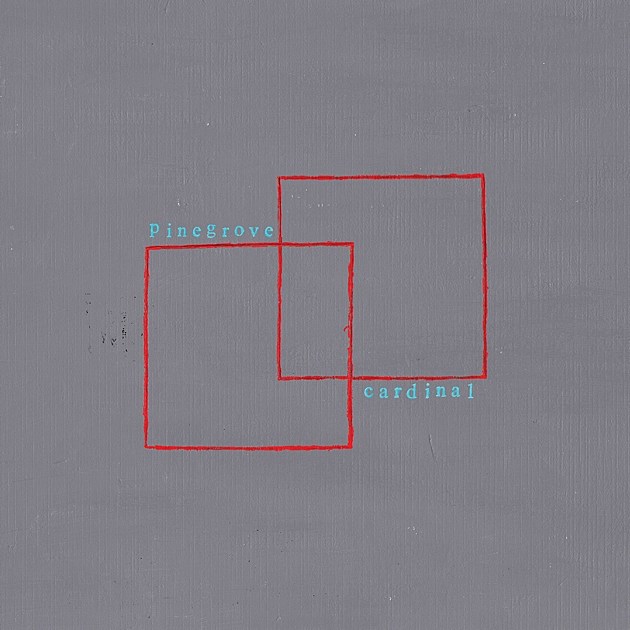 Montclair, NJ's Pinegrove are about to tour with Into It. Over It., The World Is A Beautiful Place & I Am No Longer Afraid To Die, and The Sidekicks, and if you like cathartic mid-2000s indie rock, this tour is basically built for you. Their tourmates recall Death Cab for Cutie, Broken Social Scene and Band of Horses, respectively, and Pinegrove are sorta holding down the Okkervil River side of the spectrum. They haven't written an album as conceptual or ambitious as Black Sheep Boy (yet?) and Evan Stephens Hall sounds nothing like Will Sheff, but both bands have a knack for bringing country twang and unfiltered emotion into raw indie rock. This album's got banjo, Southern-tinged guitar solos, and Evan's voice can get pretty warbly, but it's also driving and filled with the spirit of a DIY house show. A likeminded peer is the Sidekicks-related Saintseneca, who are also reclaiming indie folk in the post-Mumford age. Like a lot of young DIY bands lately, Pinegrove had a lot of material on bandcamp leading up to Cardinal, their first release for a larger label. But these eight songs are their strongest yet. And unlike many of those DIY bands, this isn't just rehashed college rock. It really isn't rehashed anything. The comparisons that make most sense are all about a decade old, but it feels like Pinegrove are saying something new in a conversation that ended too soon. 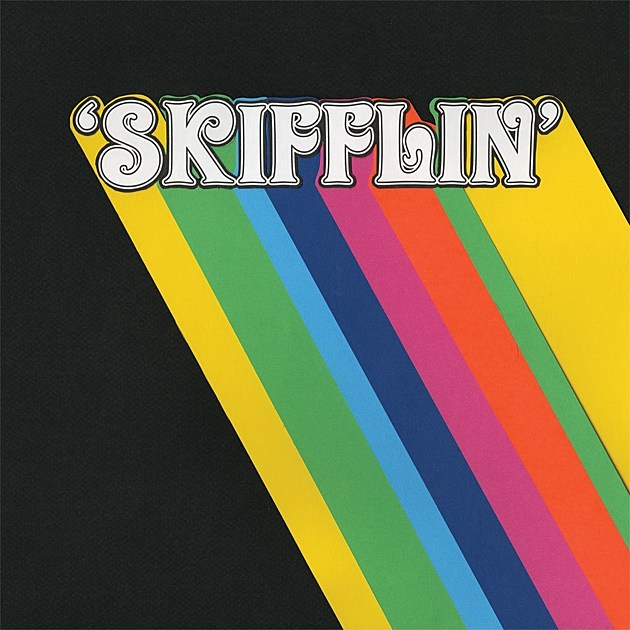 Cass McCombs has been embracing the jam band world for a while now, and that's something that comes across very directly in his new band The Skiffle Players. He leads the band with Neal Casal, whose several credits include playing with Phil Lesh's band, and the sounds of the world Phil came from are all over this record. There's the psychedelic country rock of New Riders of the Purple Sage, the post-psychedelic blues of Hot Tuna, and of course the anything-goes spirit of the Grateful Dead. Being that two other Skiffle Players are also in the '60s-inspired alt-country band Beachwood Sparks, these guys handle this stuff with ease. Like the Dead and their peers often did, the Skiffle Players reinterpret some traditionals here. The album opens with a breezy take on the old folk song "Coo Coo Bird," and later on they do the murder ballad "Omie Wise" (which Cass has performed before). The album is very much rooted in the '60s and early '70s, but it feels like they truly get where those bands were coming from and do genuine justice to that sound. Plus thanks to the popularity of stuff like Kurt Vile and Real Estate, Skifflin' fits right into the current musical landscape too. 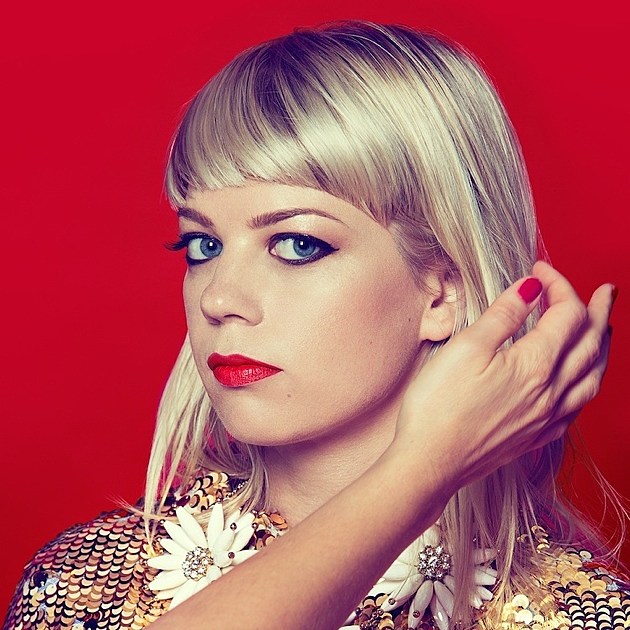 Good Advice is Basia Bulat's fourth album, and it's the first where she worked with My Morning Jacket frontman Jim James as a producer and instrumentalist. They certainly make a good team, because the sounds on Good Advice really pop more than Basia's albums ever have before. Not that she hasn't already sounded uplifting and triumphant -- "Gold Rush" off her 2010 album is a perfect example of her doing just that -- but there's definitely a new feel here. Jim James contributes electric guitar, synth, sax and more, and he really helps this thing sound alive. But like all of her albums, it's Basia's powerhouse voice that really drives it home. An early highlight is "In The Name Of," where Basia's going back and forth with her backup singers and sounding increasingly massive the whole time. There's a folky element to Basia Bulat, but this song isn't meant to be sung around campfires; it's meant to be belted from the tops of mountains. 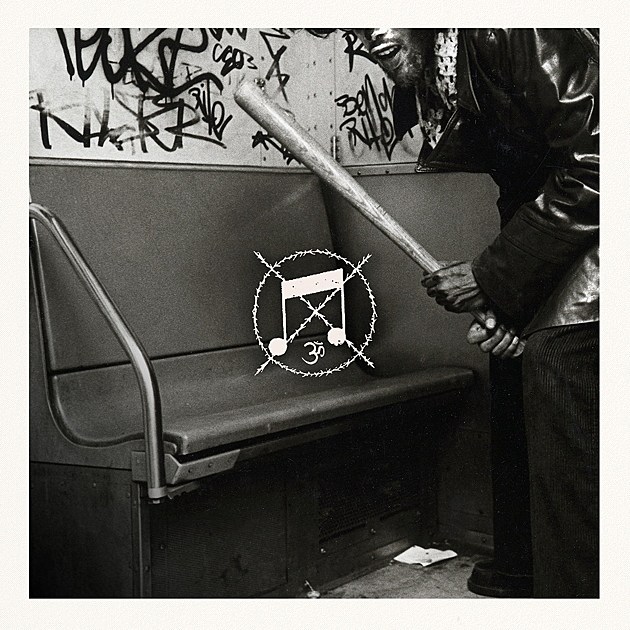 Brooklyn-via-DC grindcore trio Magrudergrind are back with II, their first album since their 2009 self-titled LP and first with current drummer Casey Moore (also of Psychic Limb). They once again recorded with Converge's Kurt Ballou, and he's got them sounding crisper than ever here. If you're new to Magrudergrind but you like Kurt's own band, this record is well worth your time. Not that they necessarily sound like Converge (a little bit though), but like that band this is for the punks as much as it's for the metalheads. They throw some blasts in there, but more often it's punchy, driving hardcore that's built to drive kids wild in the pit. The whole record whips by with 15 songs in 23 minutes, but they know how to slow it down every now and then too. If coffee isn't strong enough today, throw this on. It beats your face in from start to finish.