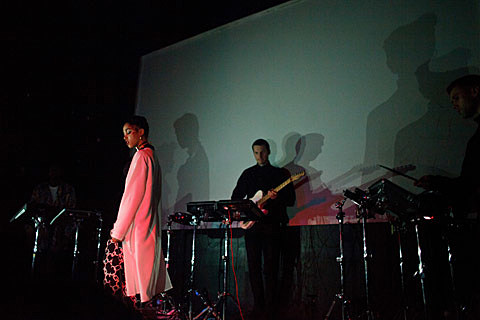 At this, her first New York show, her opening whisper was a perhaps inadvertent reminder of this tension in her music. It came at the beginning of "Weak Spot," which seems like a love song but is really something of a taunt. Both to the audience and to the target of the song, she seemed to be saying: Look how little it takes to get your attention.

She mostly held it during this show, which was performed in vague light, as if she only wanted to give out part of herself visually, too. She was backed by three musicians -- two on drum machines, one alternating between drum machines and guitar -- who barely moved as well. (At one point, she asked for more light onstage because "my band can't see the pads.")

Where she wasn't stingy was with her body. Ms. Barnett is trained as a dancer: Before she gained attention as a singer, she appeared in a handful of music videos as a backup dancer; on Instagram, she often posts videos of her rehearsals. Frequently, she appears to be experiencing her music more vividly through her body than through her voice. [NY Times]

The very-hyped London artist FKA twigs (real name Tahliah Barnett) just wrapped up a short run of North American dates, including her first-ever NYC shows at Glasslands on Wednesday (4/16) and at The Westway last night (4/17) (both sold out). She had two EPs to pull from, and according to Chris Payne, The Westway show included at least three new songs, whereas the Glasslands show included only one (video of that one below). The crowd at The Westway was loving it -- girls shrieking, etc -- and as the above NY Times review of the Glasslands show points out, Tahliah can really dance. As that review also points out, her singing is often a whisper and she kept both shows dimly lit.

Pictures of The Westway show are in this post. They continue, with a video of the new song played at Glasslands, below... 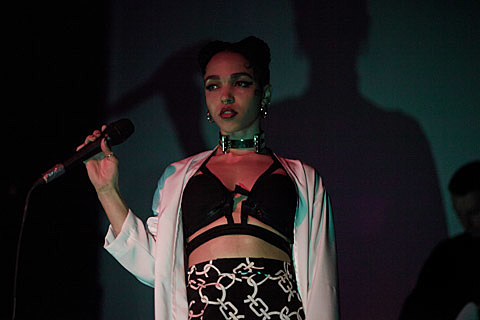 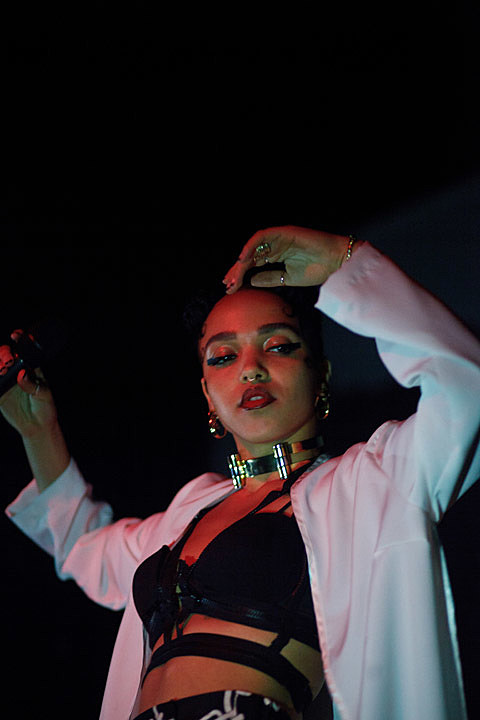 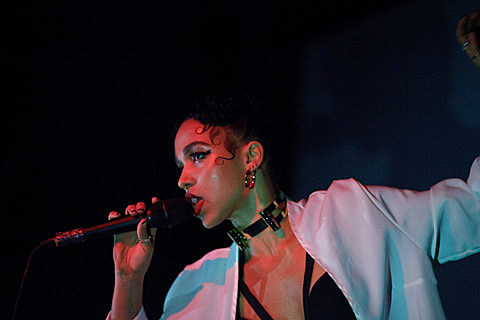 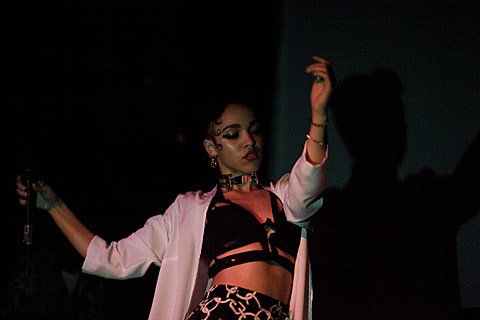 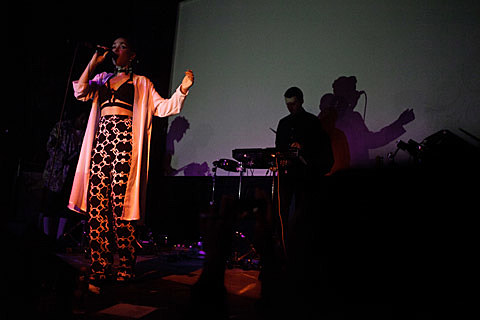 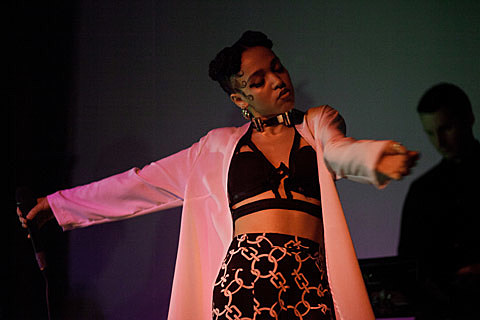 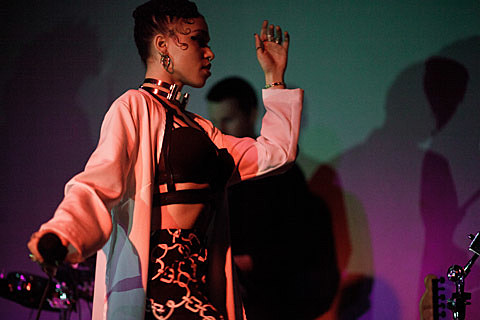 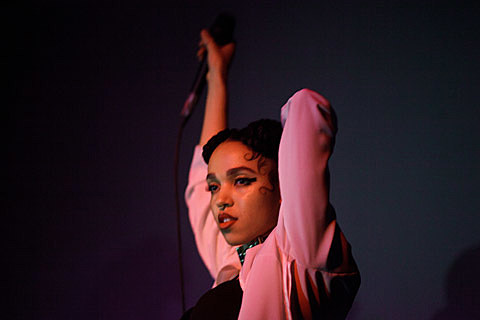 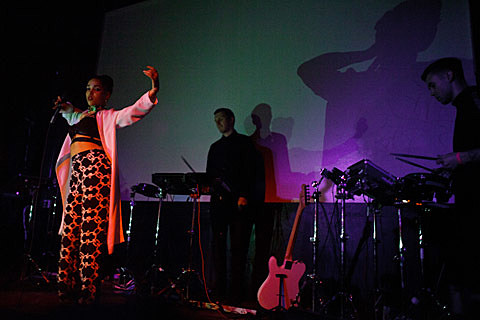 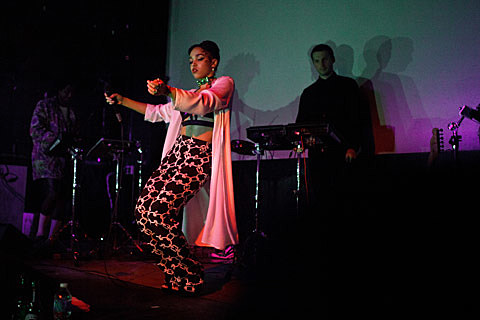 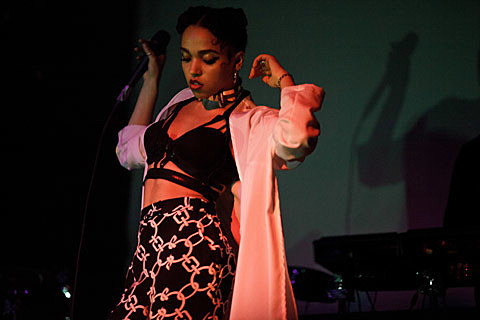 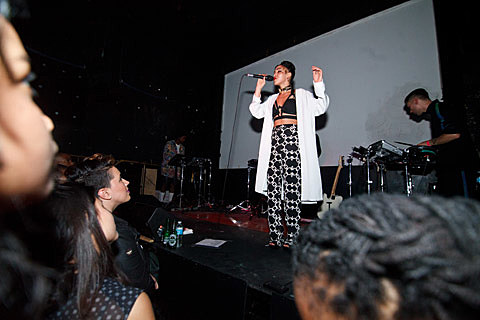 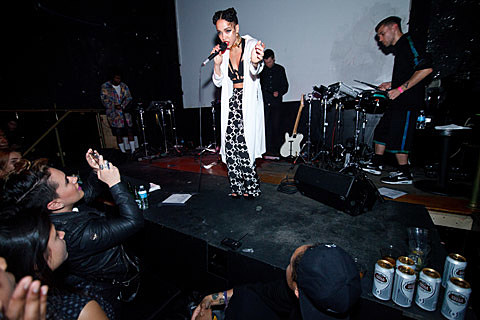 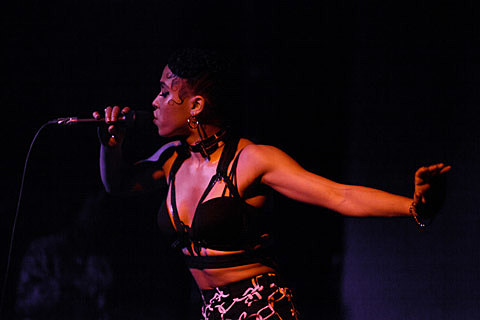 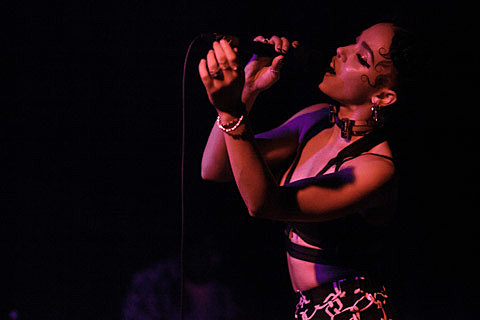 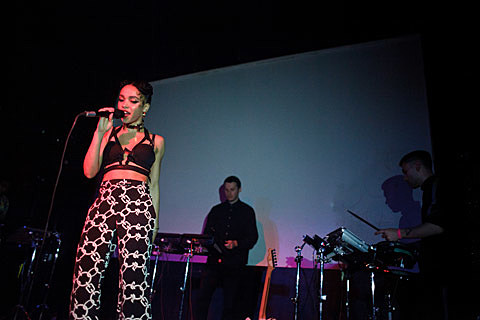 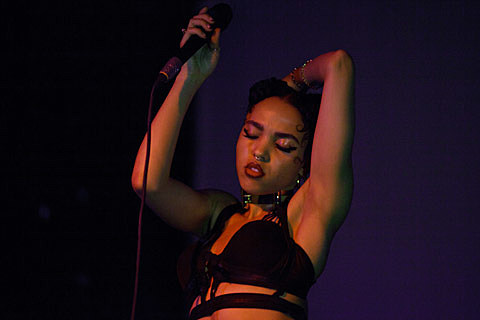 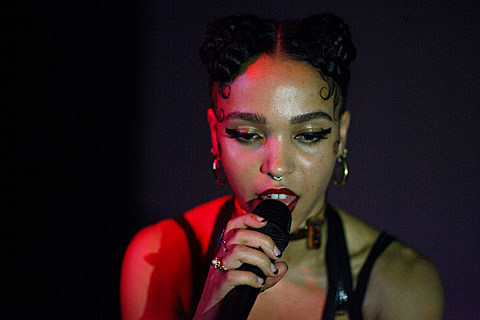 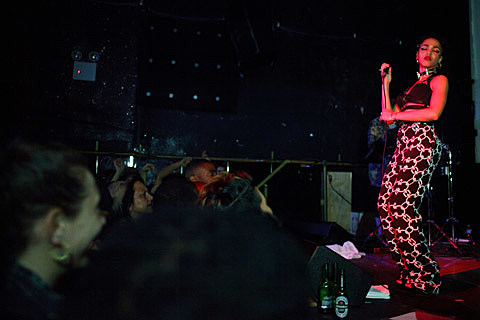