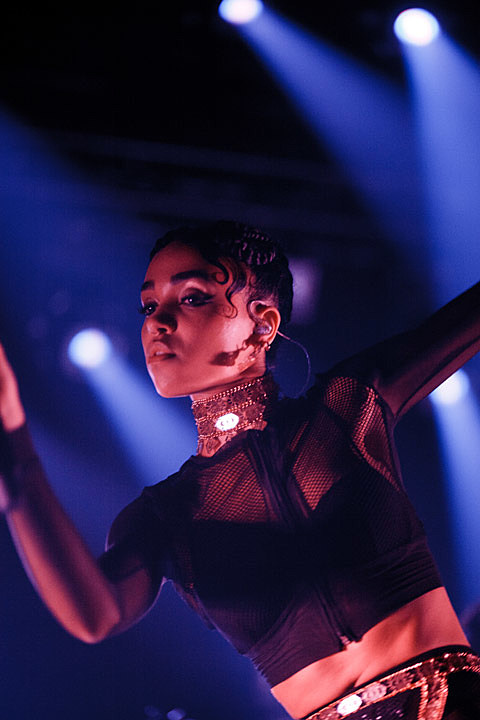 RMBA's 2015 NYC lineup announcement today included a show that will actually be Red Bull Music Academy's biggest-ever production. Taking place in a Sunset Park warehouse called Brooklyn Hangar. They've hosted some raves in the past. the two-night event is described like this:

It feels like FKA Twigs' rise from experimental R&B mystery woman to a genuine star pushing the boundaries of pop music happened so quickly that we still haven't caught up. Now, over the course of two nights, the singer/dancer/producer/choreographer/director will perform two very special concerts at the Brooklyn Hangar. The exciting next step in her evolution, we've given her complete freedom to bring her radical vision to the stage. Accompanied by ten dancers, costumes by Alexander McQueen, and spectacular visuals, this original production not only will this sound like the future, it'll look like it too.

The show is called "Congregata" and tickets are on sale.

Check out all the May RMBA events listed HERE.

FKA Twigs also plays Coachella this year, and all the dates listed below...