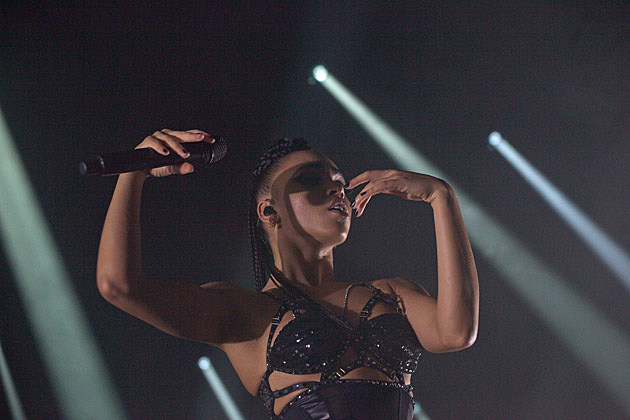 FKA twigs is back with her first single of the year, "Good To Love", following last year's EP M3LL155X. She shared it earlier today on Annie Mac's BBC Radio 1 show, along with its video, which was premiered after the show.

It's an intimate, personal song about twigs wanting to share her love with someone yet being afraid of being hurt, highlighted by her airy vocals. The video for the track is equally intimate, with twigs gracefully dancing in bed wrapped in her sheets. Check it out below.

FKA twigs will be in NYC for the TIbet House benefit concert on Monday (2/22) with Iggy Pop, Sharon Jones, Basia Bulat and more. She'll also perform her new song on The Tonight Show with Jimmy Fallon the following Wednesday (2/24).