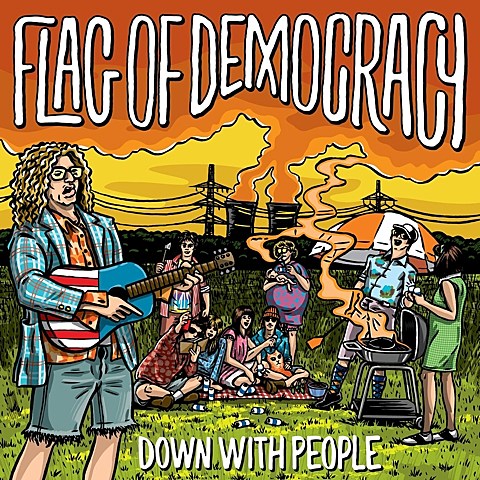 Flag of Democracy is a hardcore punk band from the Philadelphia 'burbs. F.O.D. was formed in 1982 and are still going strong. Their first show was with Minor Threat, Agnostic Front, SS Decontrol, and Crib Death at a Better Youth Organization show in Camden, NJ. [Last.fm]

Flag of Democracy are remastering and reissuing a handful of their albums for this year's Record Store Day (4/18) via SRA Records. One of those is their third full length, 1990's Down With People, which we're premiering a full stream of in this post. If you're unfamiliar with the record, it kept the intensity of F.O.D.'s hardcore roots intact, while also embracing a melodic side that hinted at the poppier punk bands the '90s would bring. Anyone who's been listening to the record for years may prefer the version they're used to, but there's no question the remaster has these songs sounding bigger and cleaner. Check it out, with details on their other reissues, below.

The band is still playing live too. Anyone catch their Philly show a few months ago?