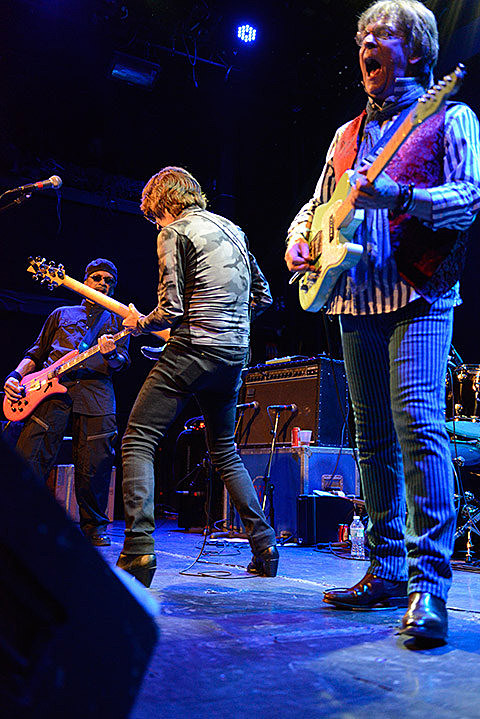 We're coming up on the one-year anniversary of Hurricane Sandy which hit NYC on October 29. As you may remember, like most things in Red Hook, Norton Records' warehouse was hit hard. Thanks to the help of fans and volunteers, the label persevered and will celebrate the one-year anniversary of surviving the storm with a two-day "Norton Records Hurricane Sandy 1st Anniversary Blast" on November 15 & 16.

The November 15 show happens at Warsaw and features Flamin Groovies and The Sonics, with Daddy Long Legs and DJs Josh Styles and Todd-O-Phonic Todd. Tickets to that show are on sale now.

The November 16 show happens at Brooklyn Bowl and features Reigning Sound, La La Brooks, and The A-Bones with The Dirtbombs' Mick Collins, and Bloodshot Bill. The night ends with an edition of Soul Clap & Dance-Off and Tickets to that show are on sale as well.

The Sonics were last here in April to play a Norton Records benefit at The Bell House. The Flamin' Groovies were here in over the summer, as were Reigning Sound (who also played a Norton benefit in January). A-Bones will also play The Bell House in October opening for 5.6.7.8.'s.

Flamin' Groovies will be playing a few other shows before the Norton Records party and those dates are listed below.