"Wayne Coyne conducted a series of impromptu on-camera interviews and observations during this year’s SXSW, they will be broadcast on Thursday’s epsiode of the Tonight Show." [Bumpershine] 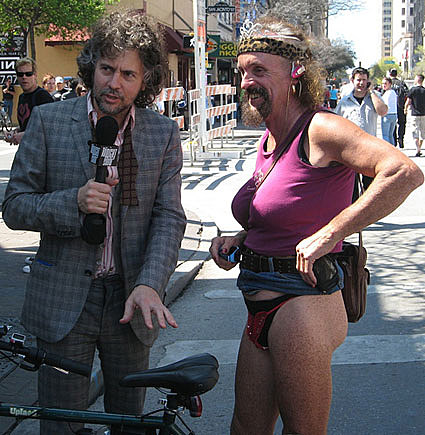 "The Great White Way will never be the same: In an exclusive interview, Wayne Coyne, lead singer of the Flaming Lips, told EW.com that the psych-rock band will team up with acclaimed TV writer and show creator Aaron Sorkin to turn the group's 2002 album Yoshimi Battles the Pink Robots into a Broadway musical." [Entertainment Weekly]