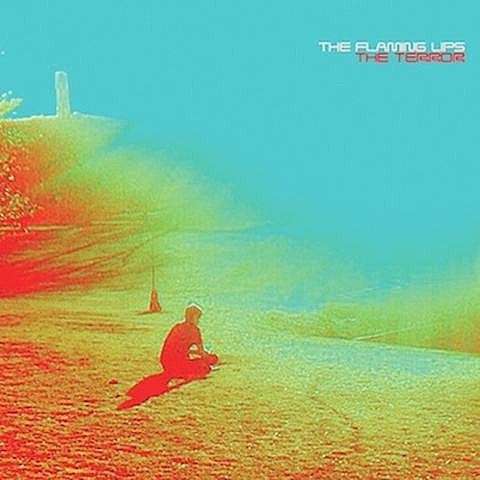 Flaming Lips will release their 14th album on April 2... and it sounds like a bummer. Says Wayne Coyne:

"Why would we make this music that is The Terror -- this bleak, disturbing record...?? I don't really want to know the answer that I think is coming: that WE were hopeless, WE were disturbed and, I think, accepting that some things are hopeless... or letting hope in one area die so that hope can start to live in another?? Maybe this is the beginning of the answer.

Coyne told Rolling Stone last year that the album, called The Terror, began its life while Steven Drozd was going through a drug relapse. "It was probably the worst time of his life," Coyne told RS. "He did this one piece of music and did lyrics, all these things," Coyne explains. "Not all the pieces were audible, but he had these things saying 'you are alone,' and then the other voice saying, 'I am not alone.' Back and forth between some horrible internal dialogue. It was truly devastating." Coyne says Drozd got through and is now "better than ever." Drozd went though heroin addiction in the late-'90s, and depicted in the Lips' "Spiderbite Song" from 1999's The Soft Bulletin.

These bleak times, though, may have produced "possibly the best Flaming Lips record ever made," Coyne told Rolling Stone. While no music from The Terror has been released yet, that's the cover art above. Expect a tour, though maybe the confetti cannons and giant hamster ball may be retired for such dark material? The band do have a few dates this spring with The Black Keys (none near NYC) and those dates are listed below...