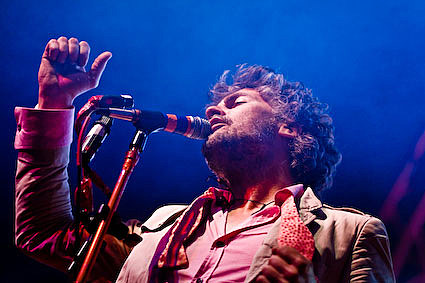 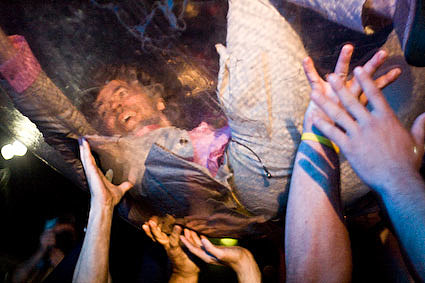 Flaming Lips played day one of the Jam on The River festival in Philly this past weekend (May 24, 2008). The usual madness ensued, plus girls got naked.... 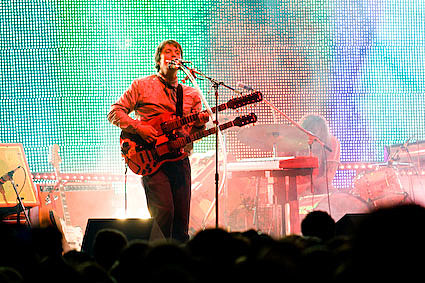 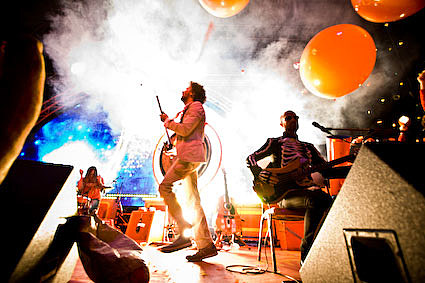 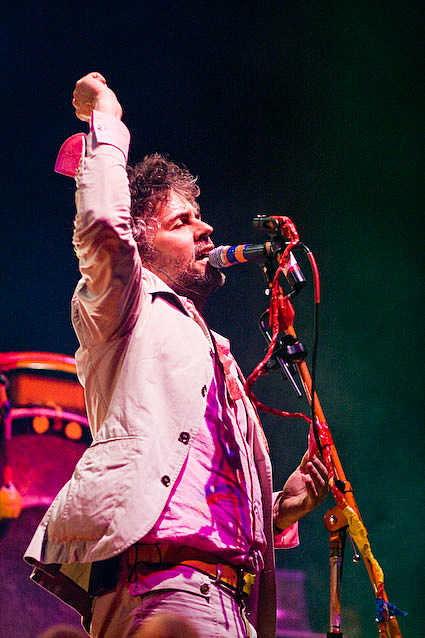 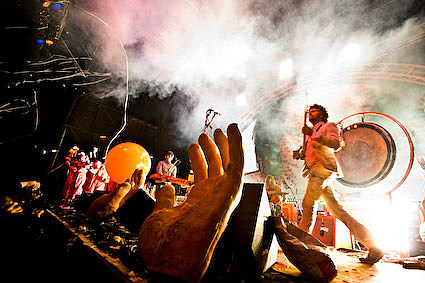 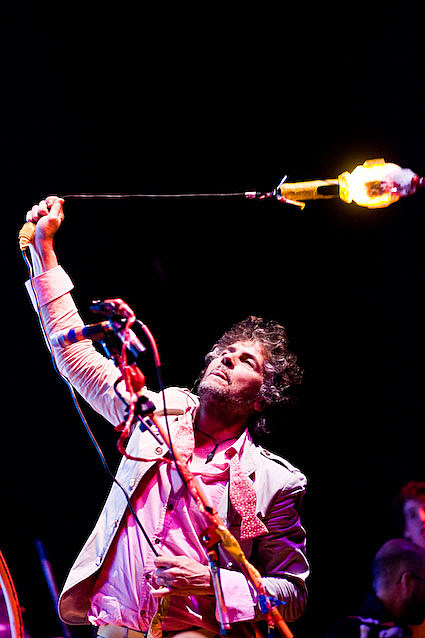 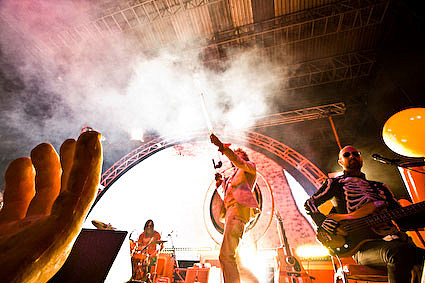 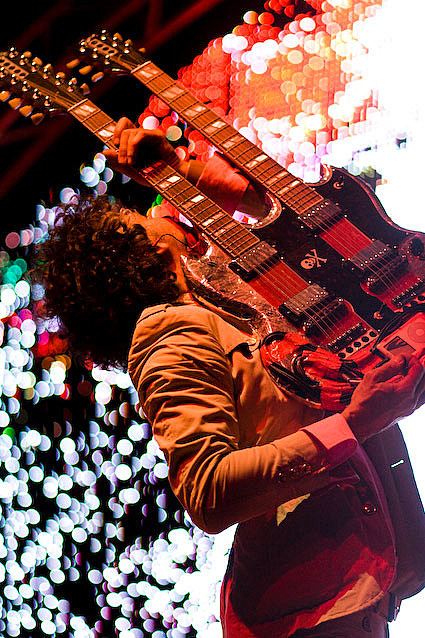 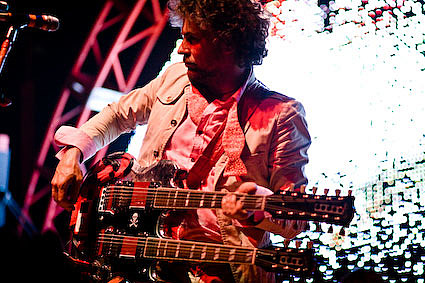 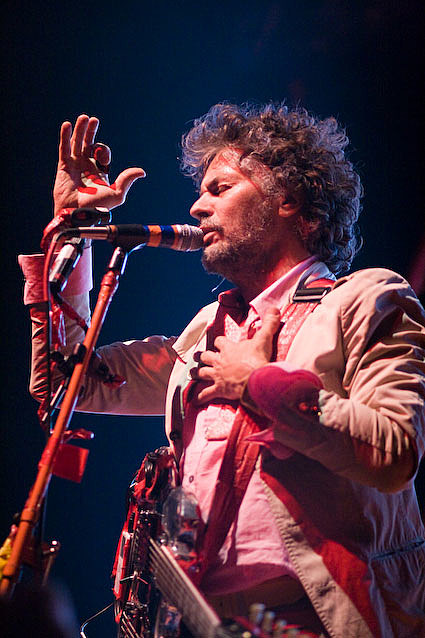 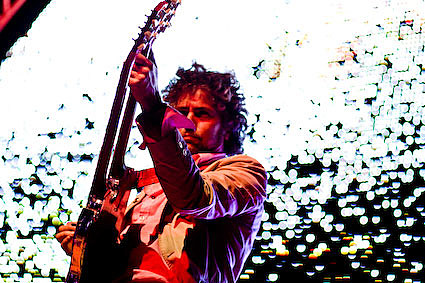 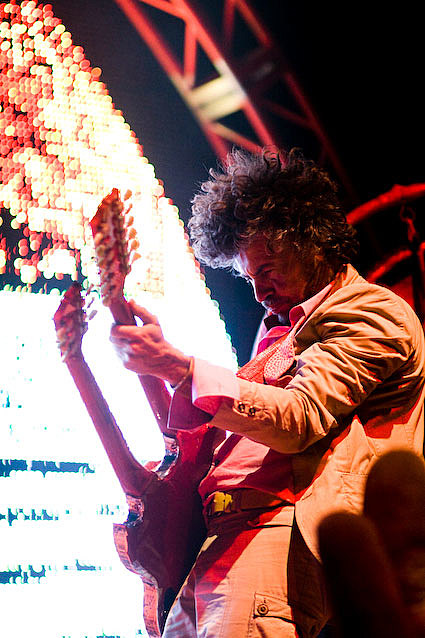 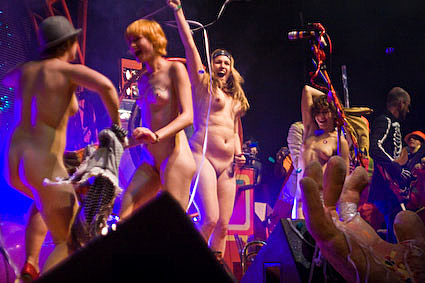 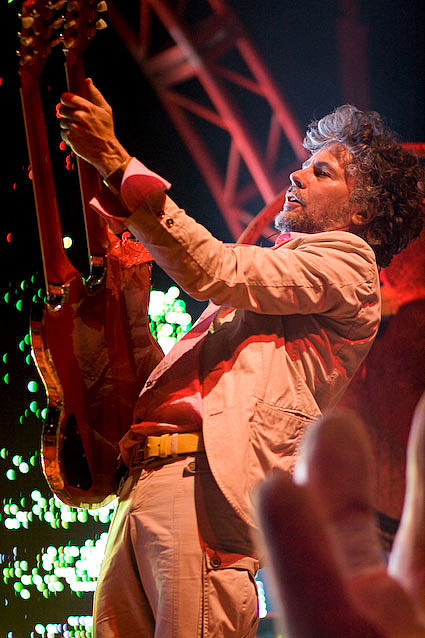 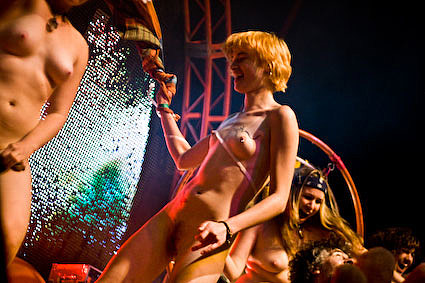 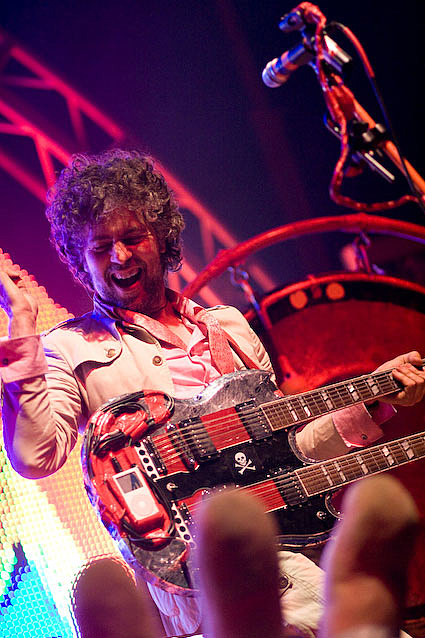 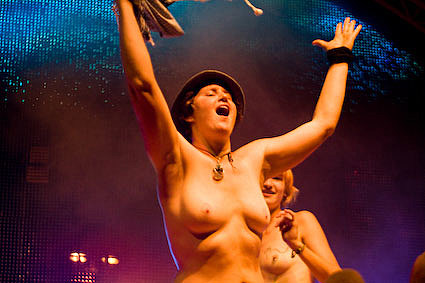 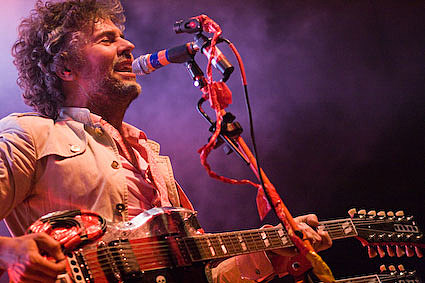 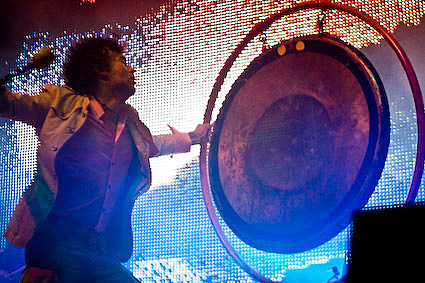 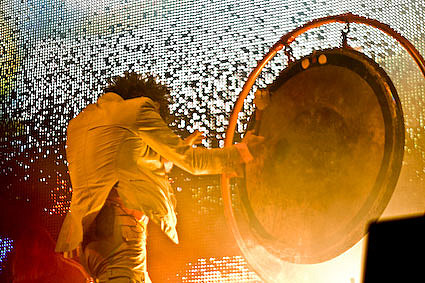 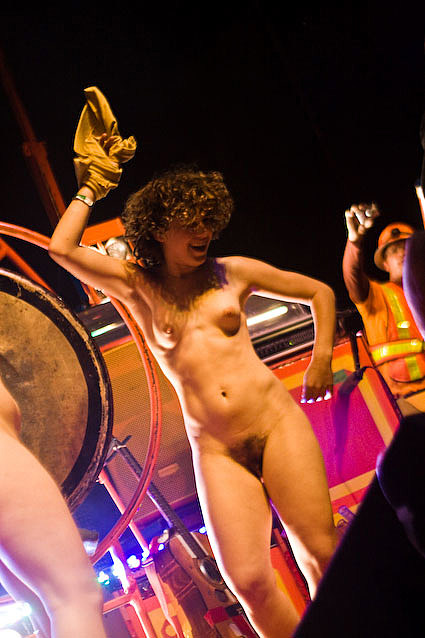 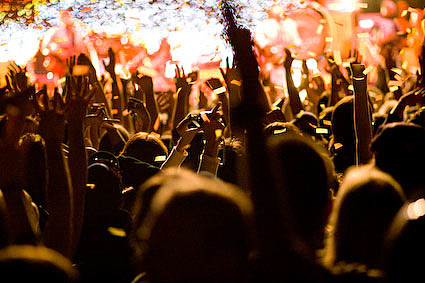 ...Next up was the Disco Biscuits. I. Hate. The Disco Biscuits. God damn awful jam-band. They'd start a song, and ten minutes in I'd be looking around the crowd, staring into the sky, looking at the river, come back outta my zone-out...and it's the same god damn song lksjglkajl ugh. SO boring. Just meandering jam-band horse shit. It was around this time I noticed that the entire crowd except for me were bros and hippies. I don't *hate* hippies, they're mostly harmless. But God damn I cannot stand bros.
What is a bro? "A bro is an 18 to 24 year old male who wears birkenstock sandals, watches Family Guy, plays ultimate frisbee, and wears an upside down visor, or a baseball cap with a pre-frayed brim. You know, a bro."

Anyway, yeah. I know it's not very nice of me, but they just ANNOY me so much god damn.

After bro jam purgatory, the Flaming Lips came on, and DAMN was it worth the wait. I'm convinced Wayne Coyne is made of sunshine, happiness, rainbows, bunny rabbits, and all that is right and good with the world. Millions of pounds of confetti and streamers shooting into the air as he walked over the crowd in his bubble. Beautiful backgrounds, girls in pink costumes and robots on stage. Santa Claus and an Alien. Sing alongs!
We sang happy birthday to some kid, it was his 18th. That kid is the luckiest bastard ever. I love Wayne Coyne. [positive jam]

Family Guy is for bros?

AND UPDATE: The Flaming Lips did it again on Monday in Washington.