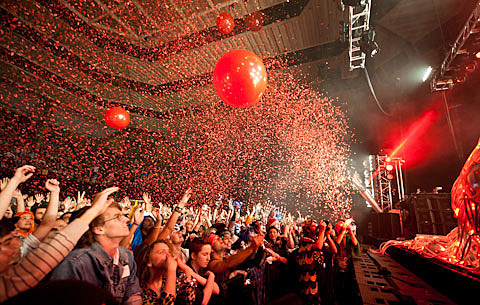 The Flaming Lips, Lauryn Hill, Tegan & Sara, Cold War Kids and Cake are among the artists announced for the next Amnesty International Human Rights Concert, which takes place this year at Brooklyn's Barclays Center on February 5. The concert also features Colbie Caillat, Imagine Dragons, The Fray, and other special guests. Tickets go on sale Saturday (1/11) at 10 AM with an AmEx presale starting Thursday (1/9) at 10 AM and an Internet presale starting Friday (1/10) at 10 AM.

Some background on the Amnesty concerts, via press release:

Twenty-five years after its initial concert series, which featured U2, Sting, Lou Reed and others, Amnesty International is bringing back the concert - with a digital twist - to raise awareness about human rights to a new generation. The Amnesty International Bringing Human Rights Home concert will use technology to connect the music and message in real time from the stage of the Barclays Center to activists across the globe.

"The fight for global human rights begins at home," said Steven W. Hawkins, executive director for Amnesty International USA. "This concert is part of an evolving conversation about human rights that grounds the universal struggle for dignity and freedom in the injustices we see every day in our own backyard in the United States. We're bringing back the concerts to show a new generation of activists how to stand up for justice at home and abroad - whether it is fighting for the right to voice dissent peacefully on social networks or in the streets, protecting the rights of women and girls, or standing in solidarity with individuals persecuted for who they are or what they believe."

Watch some recent Flaming Lips and Lauryn Hill videos below... 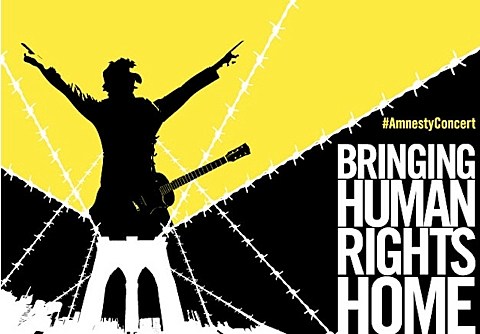