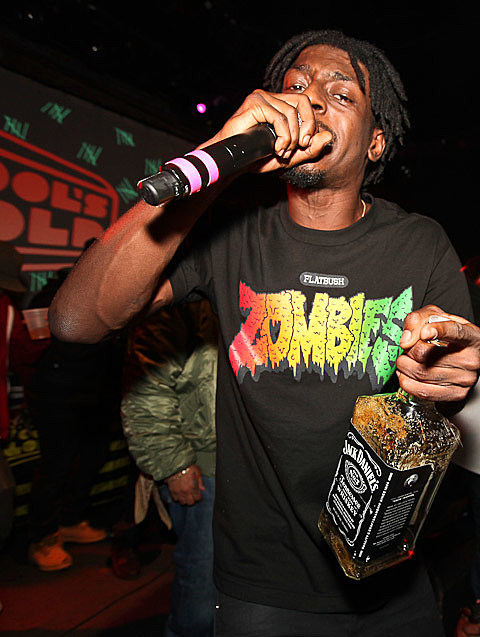 Brooklyn rap crew Flatbush Zombies recently teamed up with Spanish Harlem rapper Bodega BAMZ for "Thrilla," the first track that BAMZ ever made a video for, which you can watch below. It's a pretty wild clip, directed by Rik Cordero (The Roots, Jay-Z, Nas, Action Bronson, and more), which features people in Scream masks, toilet paper mummies, and a clip from Frankenstein.

The Zombies and BAMZ will likely be joining each other on stage to perform that track when they team up for a NYC on December 20 at SOB's. That show is hosted by Peter Rosenberg and will have Shani Kulture Music by DJ Juanyto. Tickets for that show are on sale now. It's the only announced date for either artist at the moment.