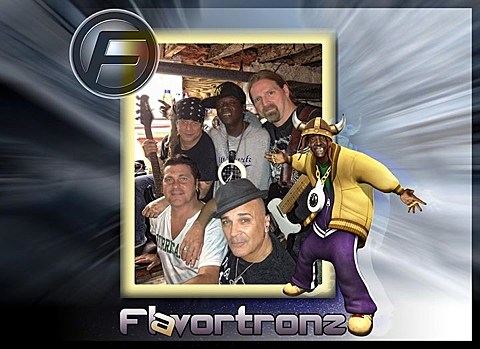 Today in "You Can't Make This Stuff Up," Public Enemy's Flavor Flav fronts a new band called the FlavorTronZ, who "cover hit songs from the '70s thru the '90s [...] from such greats like Wild Cherry, Sly & The Family Stone, Elton John, Led Zeppelin, The Gap Band and many others." Their first show was opening for Public Enemy in Las Vegas in 2012, and though they've pretty much remained quiet since then... they're back. The band will make their Iridium debut on April 2 in NYC with two headlining shows at the venue (8:30 PM & 10:30 PM). Tickets for those shows go on sale today (2/28) at 10:10 AM.

You can watch a video with clips of Flavor Flav and the band doing some of those covers and a trailer video introducing the band and its members, below...

Flavor Flav and the FlavorTronZ - clips

Flavor Flav and the FlavorTronz trailer