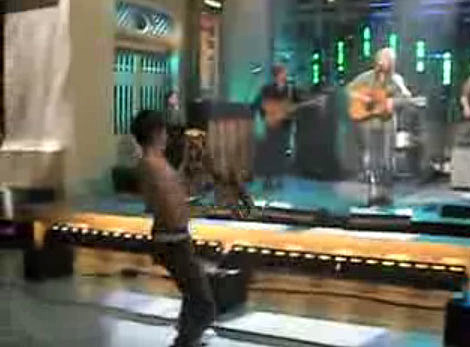 Backstage at SNL, Taccone is known to dance obtrusively and shirtless to the musical guests of the show due to his strange taste in various music genres. Five videos of this are shown on YouTube, all in front of the members of the band and a disapproving Bill Hader. The videos show Arcade Fire, Death Cab for Cutie, Arctic Monkeys, My Chemical Romance and Fleet Foxes.

He made a cameo appearance in Role Models as "Mitch from Graphics" where he sings a karaoke version of Scorpions' "Rock You Like a Hurricane."

He makes an appearance in the video for the Gnarls Barkley song "Who's Gonna Save My Soul."