photo: Robin Pecknold at MHOW in 2014 (more by Amanda Hatfield) 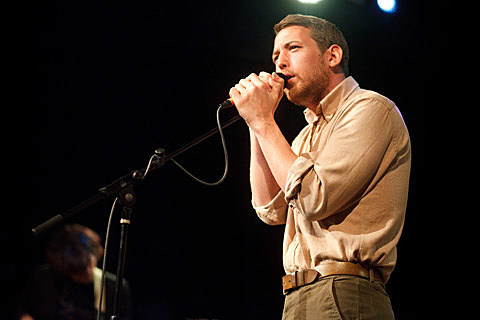 We're still waiting on new Fleet Foxes music, but in the meantime frontman Robin Pecknold has another project on the way. As Stereogum points out, he teamed up with his past collaborator (and Joanna Newsom/Bill Callahan drummer) Neal Morgan to score the new Off-Broadway play Wyoming. The play, written by Brian Watkins and directed by Danya Taymor, will come to NYC's Theater For The New City from January 15-31. The score isn't being recorded or released, so you'll have to check out the show to hear it. Tickets are on sale.