Fleet Foxes at United Palace in May (more by Dominick Mastrangelo) 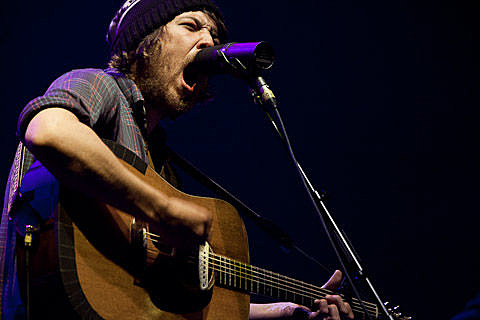 Fleet Foxes go on a short tour in July with an unannounced opener. According to their twitter, "super pumped for who we're touring with in July, but can't announce yet due to other tours." Fleet Foxes also have some dates in September scheduled with The Walkmen (!) including ACL where both bands appear, and at Williamsburg Waterfront on September 24. Tickets for the Brooklyn show go on sale Friday (6/10) at noon.

Welt Martin of The Walkmen called Fleet Foxes' debut his fourth favorite album of 2008. Great to see them play a show together, especially since Fleet Foxes have also "been such gigantic fans of theirs since their first album."

Meanwhile the Walkmen play this weekend at Bonnaroo. All tour dates below...