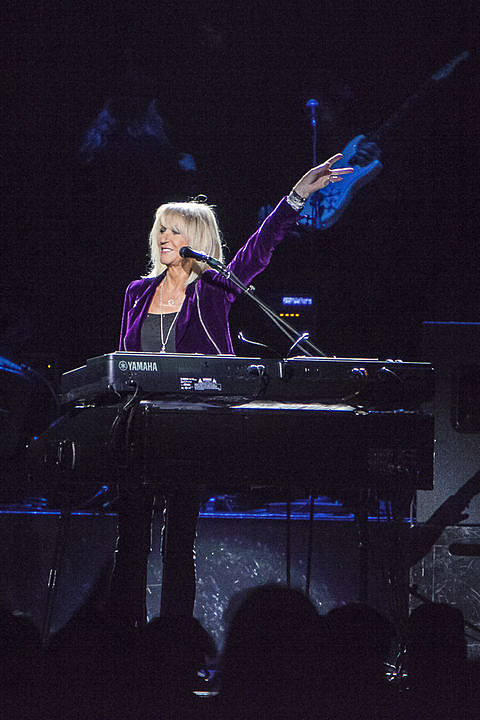 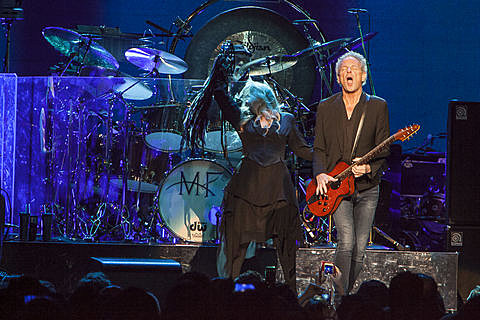 Fleetwood Mac's classic lineup brought their ongoing tour to Madison Square Garden last night (1/22), their first of four NYC-area shows on this tour. From the opening harmonies of show starter "The Chain," it was clear that having Christine McVie back in the fold makes a huge difference. They were great at Jones Beach in 2013 with just Stevie and Lindsey singing, but their three voices together is such a vital part of Fleetwood Mac. Having Christine back (MSG was Chrstine's 44th show since rejoining, according to Stevie during her monologue before "Dreams") also of course meant getting a handful of songs the band couldn't play without her, which included "You Make Loving Fun," "Everywhere," "Say You Love," "Over My Head," "Little Lies," and her show-closing, solo grand piano performance of "Songbird."

Like their other recent tours, they played almost all of the legendary Rumours and otherwise stuck to the other four '70s and '80s albums this lineup made together. As a band still playing arenas 40 years after their first album together can do, they peppered their set (and ended it) with a few stories from the band members. Stevie gave multiple shout-outs to Hoda from the Today Show and to the show American Horror Story on which she appeared. Stevie introduced "Gypsy" with a story of being in San Francisco clothing store The Velvet Underground (not to be confused with the band, who were named after the book) "where all the rock and roll women bought their clothes" in the late '60s. It was in that store, over the painted floor where Janis Joplin stood before her that she had a premonition of something big which she realized years later was, of course, Fleetwood Mac. This many years later, Stevie Nicks is still the kind of rock and roll woman her premonition told her she'd be: decked out in signature flowy layers, waving scarves with her tambourine, and doing hippie dances in a gold shawl during "Gold Dust Woman." Without a doubt, she's the most entrancing member of the band, and the one the crowd really freaks out over.

On the other hand, Lindsey Buckingham is the band's rock star and lifeforce, running around the stage like he's half his actual age and shredding away at his truly awesome guitar solos. As Mick noted towards the end of the show, he basically never left the stage. The extended solo at the end of "I'm So Afraid" was particularly epic -- so much so that it seemed like the finale of the pre-encore set, but of course that would be "Go Your Own Way." That one had the whole crowd on their feet, ready for the band to come back for more, and not one but two encores followed. Christine ended the night perfectly, at her piano with Lindsey by her side, but what may have been the night's most powerful moment came during the first encore. It's no secret that she does this at (probably all of) their shows, but at the end of "Silver Springs" when Stevie turns to make eye contact with Lindsey -- who the song is obviously about -- howling "I'll follow you down 'til the sound of my voice will haunt you / you'll never get away from the sound of the woman that loves you," it never fails to fill the room with that kind of tension that fueled the song 38 years ago. Maybe it's just performance at this point, but damn if it doesn't feel real.

Other highlights included monster Mick's drum solo ("Don't be shy. Don't be shy... Are you with me? Are you with me?"), being brought back to the 80's with "Little Lies" and "Everywhere", and hearing Stevie do "Rhiannon" with her band after just hearing her do it with Deer Tick.

Christine, who the band acknowledged being back multiple times throughout the night, was the last to sing, but not the last to talk. Despite the older age of the sometimes-yawning crowd, MSG was still packed with people on their feet as Fleetwood Mac ended their final song after 11pm on a school night. (There were a lot of 30-and-20-somethings too, it should be said.) Very few people left early, but everyone was ready to go home. That didn't stop Stevie from grabbing the mic post-encore and commanding the entire crowd's attention for another few minutes, as she yet again talked about Christine being back in the band, though with somewhat awkward details, like how they sent Christine to a trainer to make sure she had the stamina after being gone 16 years. BUT WAIT, much like this paragraph, the show still wasn't over. Then came Mick who truly had the last word, spending another few minutes, false endings included, telling us in his charming accent how much he loved us, that he hopes he sees us again, and that "The Mac is back!" They definitely did not give the impression that this would be their "last act".

The Mac's tour continues with two more NYC-area shows this weekend, Saturday (1/24) at Atlantic City's Boardwalk Hall and Sunday (1/25) at Nassau Coliseum, and comes back around on February 8 at Prudential Center. Tickets for those are still available.

More pictures, some videos and the setlist from MSG below... 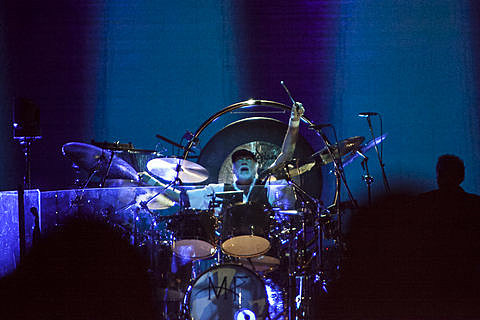 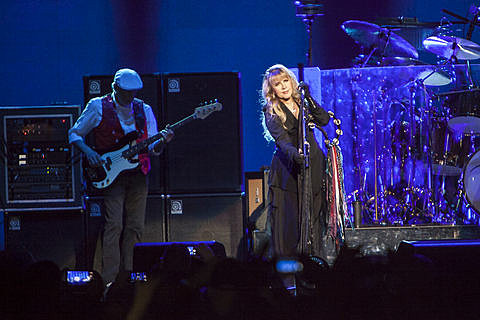 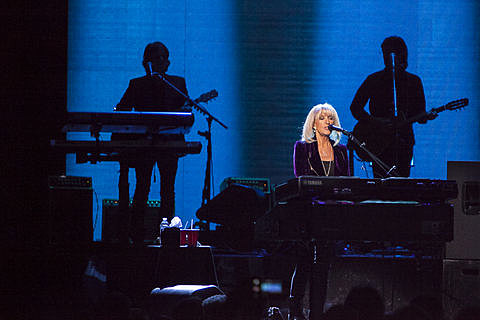 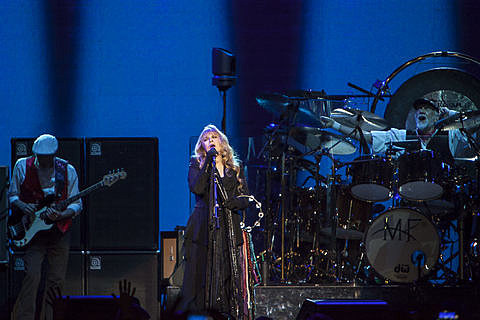 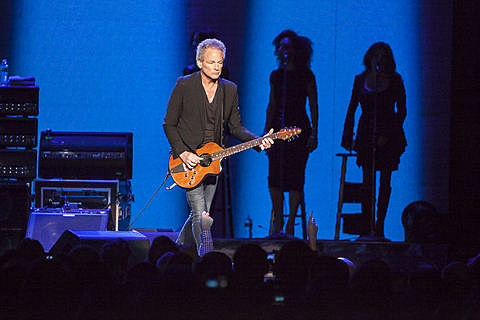 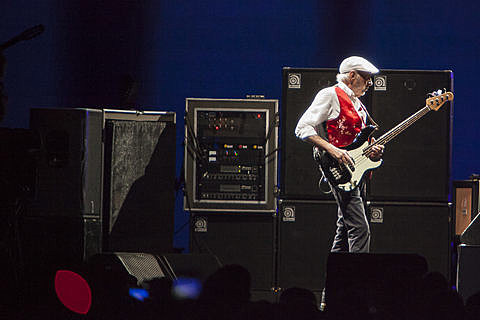 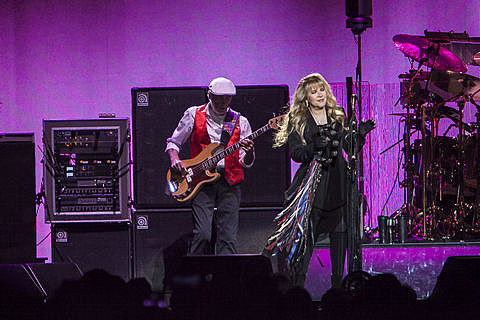 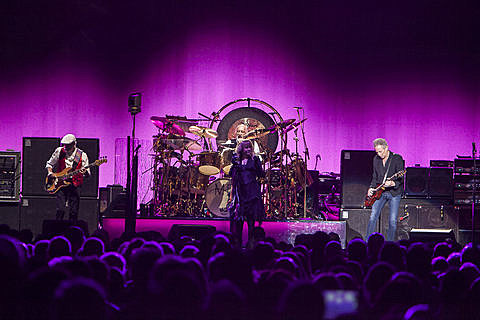 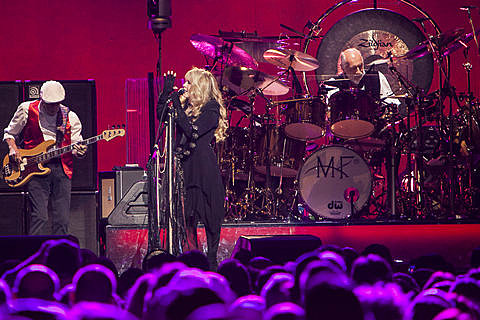 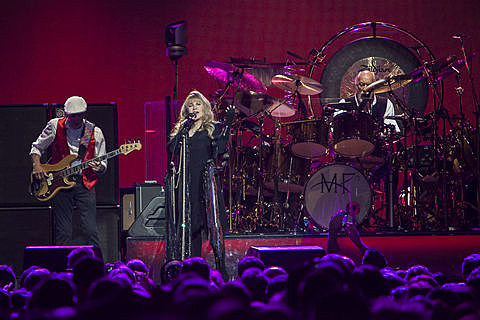 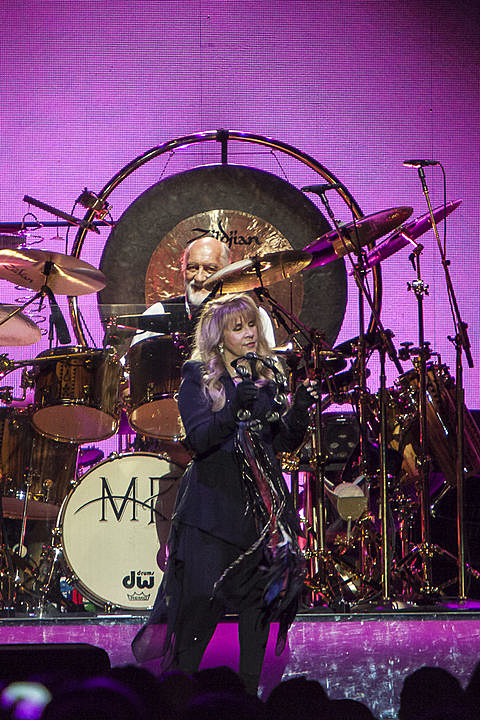 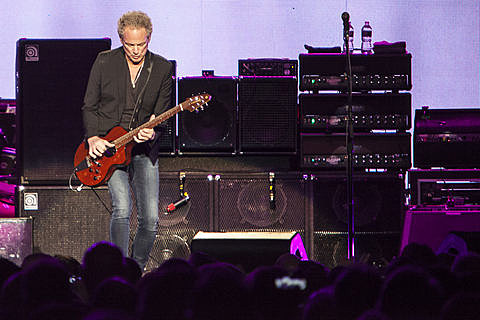 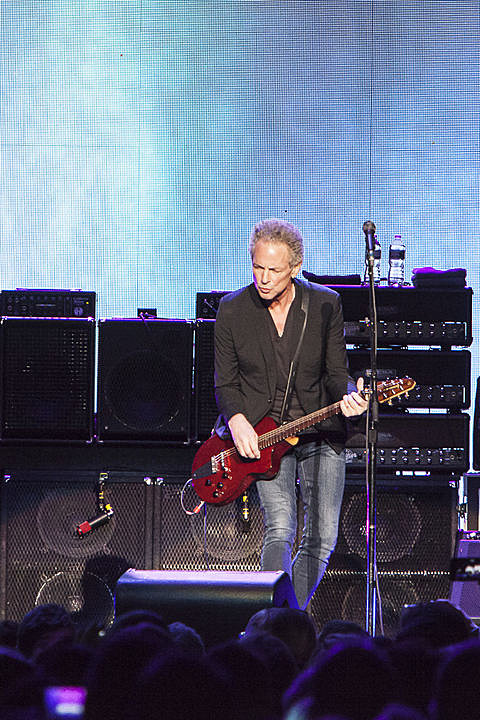 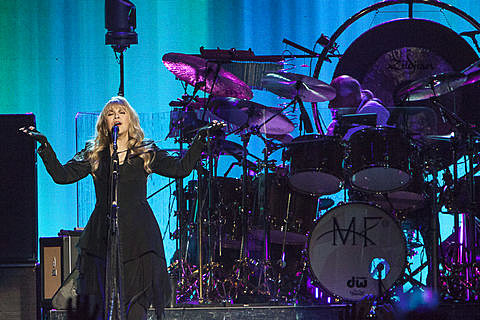 she's having the best time. #fleetwoodmac