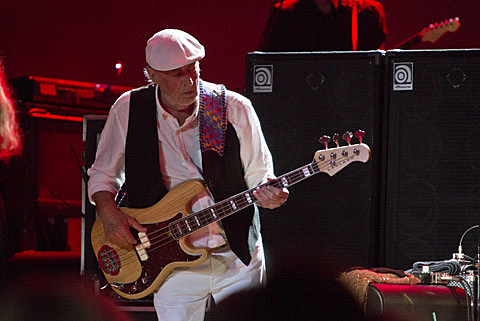 Some sad news from Fleetwood Mac: One of the two members who has remained in the band since the late '60s, John McVie, has been diagnosed with cancer. This has forced the band to cancel their Australian/New Zealand tour. A statement from the Fleetwood Mac's Facebook reads:

Fleetwood Mac who has just completed the European leg of their phenomenally successful worldwide tour has announced the cancellation of their upcoming 14 date tour of Australia and New Zealand.

John McVie, one of the co founding and original members of Fleetwood Mac is now scheduled to be in treatment for cancer during that period of time.

Earlier this year, their tour hit the NYC-area for shows at Madison Square Garden and Jones Beach.

Best of luck to John on his treatment!