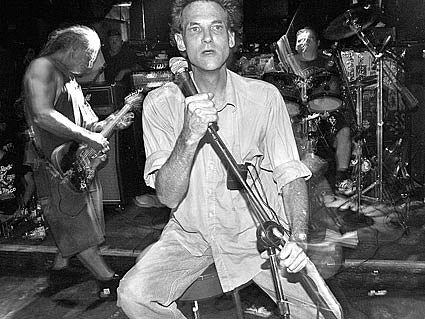 "The original members of Flipper, barring the late Will Shatter (with Bruno DeSmartass replacing Shatter once again as he had done for a 1982 tour), reunited to support CBGB on August 26 and 28, 2005. Singer Bruce Loose appeared on stage with a cane and heart monitors. This line-up of Flipper then continued to play live again beginning in 2006, with plans for a new album to be released and recorded in 2007." [Wikipedia]

More coverage of the 2005 shows by John Nikolai and the Village Voice.