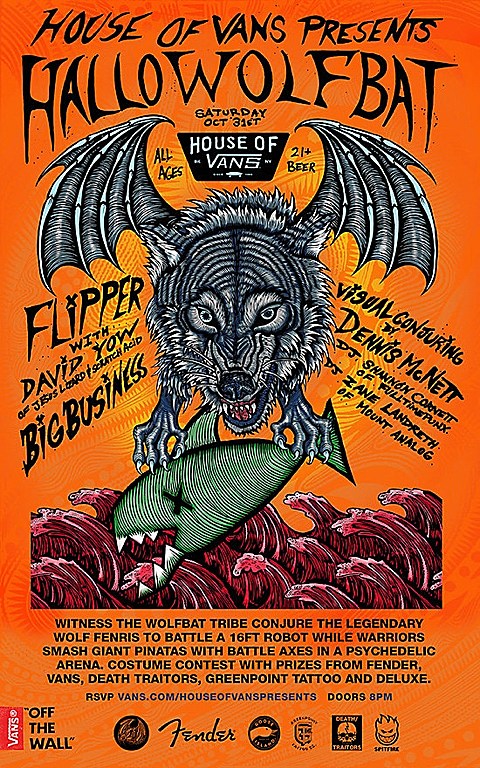 We knew Flipper would be playing some shows this year, with The Jesus Lizard/Scratch Acid's David Yow taking over for Bruce Loose on lead vocals. They already played a San Francisco show earlier this month, which you can watch a video of below, and they have a few more October shows coming up.

One is in NYC on Halloween at House of Vans and it's totally FREE. Support comes from Big Business, Shannon Cornett (of LA's fulltimepunx), and Zane Landreth (of Mount Analog) are on DJ duty, and there will be Visual Conjuring by Dennis McNett. With his visuals, "the venue will embody a world of fantasy and spectacle, brought to life by ethereal visual art concepts, exploits from mythological creatures and wild musical performances." Plus there will be a costume contest with prizes from Fender, Vans, Death Traitors, Greenpoint Tattoo and Deluxe. And surprise guests are promised too.

RSVP is open, but entry is on a first come, first served basis.

That recent live video, and Flipper's list of upcoming dates, below...