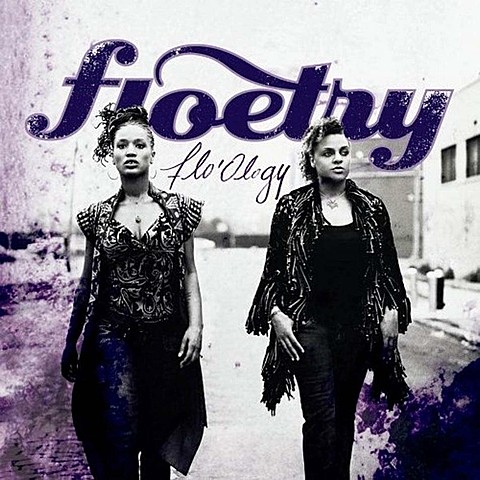 The Floetry reunion came to the Pageant Friday night for a sold-out show with Marsha Ambrosius (the singer) and Natalie Stewart (the poet).

The women didn't address why they broke up or why they've been gone so long, only that "we're here for you," which seemed good enough for the fans.

...Whatever happened to kill the group's vibe a decade ago, the magic was still there as the harmonious duo brilliantly played off of each other's strengths (while mostly not standing side by side).

"If you know these songs, you need to sing along," Stewart said early on as Floetry and the four-piece band delivered on "Big Ben," "Ms. Stress," "Headache" and "Mr. Messed Up." [STL Today]

British neo-soul/hip hop duo Floetry broke up after their 2005 sophomore album, Flo'Ology, and Marsha Ambrosius and Natalie Stewart (aka The Floacist) embarked on separate solo careers. Earlier this year, they finally got back together and have been on a reunion tour that sounds like it's going over pretty well (that's a review of the St. Louis stop above).

The tour hits NYC on July 19 & 20 at BB King's, the former of which will be opened by Janine & the Mixtape. The day before that, they'll be right outside of NYC opening for R. Kelly at Newark's Prudential Center (7/18). Tickets for all three of those shows are available. All dates are listed below.

In related news, Floacist collaborator and fellow Roots/Robert Glasper/Bilal/etc collaborator Musiq Soulchild is also touring this year, and playing two nights at that same NYC venue. Musiq hits BB King's on October 21 & 22. Tickets for those shows are on sale now.

Musiq also teams up with Common, Slum VIllage and more for the 10th annual DC Loves Dilla tribute/fundraiser in honor of the late J Dilla which happens in DC this Friday (7/10) (tickets). The next day, Common headlines the Brooklyn Hip Hop Festival.

All of Musiq's dates and Floetry's dates are listed, with some videos, below...

The Roots - "Break You Off" (feat. Musiq Soulchild)