Celtic punk vets Flogging Molly will celebrate the 20th anniversary of their classic 2000 debut album Swagger with a limited (to 5,000) edition vinyl box set featuring a remixed & remastered version of the album, a Spanish version of “Sentimental Johnny” called "Juan El Sentimental," and a bonus LP with three live songs recorded in 2001 at Denver's Bluebird Theatre and a Traditional Irish Set (recorded with Steve Albini in "one take with no overdubs"). It also comes with a previously unreleased DVD documentary from 2000 that includes a full live performance, an expanded lyric booklet featuring photos from the band's personal collection, and exclusive merch. The Swagger reissue comes out October 23 via SideOneDummy, and pre-orders launch Thursday (9/17).

The same day pre-orders launch, Flogging Molly will be doing an all-acoustic, full-band livestream at 5 PM ET (September 17). That goes down at FloggingMolly.com.

Dave King and the band say:

Never in our wildest dreams did we ever imagine that twenty years on, we would be celebrating the release of our first studio album, ‘Swagger’. Yet here we are, a little older, maybe none the wiser, but very grateful for what has been an amazing experience.

More than twenty years ago we set sail for Chicago, the home of Electrical Audio and the wonderful Steve Albini. With a fistful of songs, from ‘Salty Dog’ to ‘Far Away Boys’, we plugged in and belted out everything we had and made sure that no song was left behind. Little did we know that ‘Swagger’ would become the breaking ground, and the sound, of Flogging Molly.

So, we would like to thank you all for the last twenty years of wonderful memories, and hopefully many more to come.

From our family to yours,
Dave King / Flogging Molly

Earlier in the pandemic, on St. Patrick's Day, Dave King and Bridget Regan released a fireside performance of their 2008 song "Float" from their home in Ireland. Watch that, and stream Swagger, below. 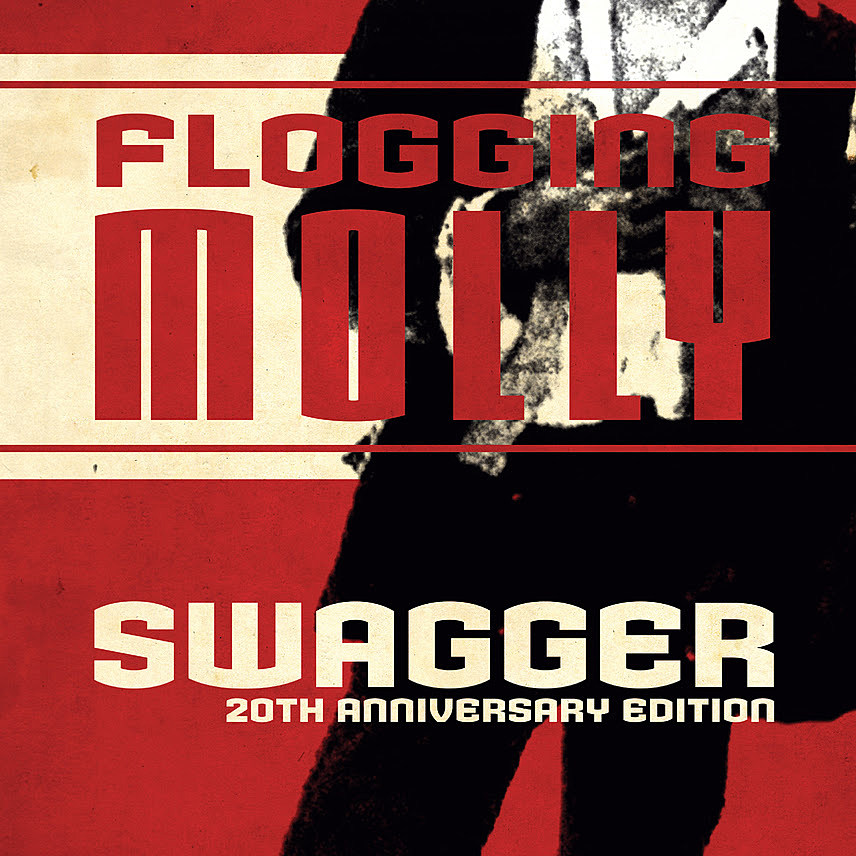