Floor at Saint Vitus in 2013 (more by Lukas Hodge) 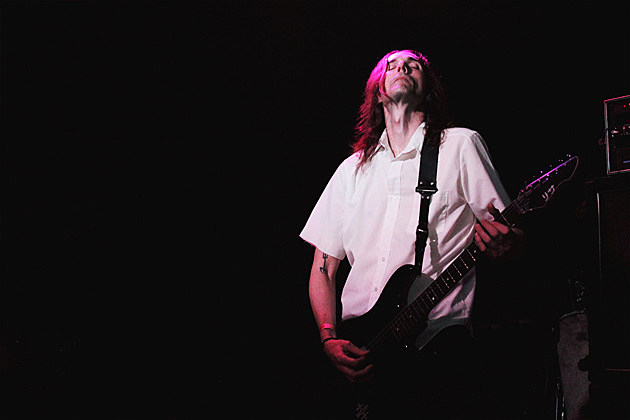 Reunited melodic sludge rock outfit Floor just made a new song available to stream, and today they are hitting us with details a full, late spring North American tour. The route kicks off in Floor's hometown of Miami, and lands in NYC at Saint Vitus on May 5. No word on advance tickets just yet.

This won't be the first time Floor has come to rattle Saint Vitus -- the trio played a Converse Rubber Tracks show at the Greenpoint venue back in March of 2013. There's (((unartig))) video of that below, so check it out to see what's in store.

As mentioned, Floor's been generous with streaming material off of their forthcoming album Oblation, due out on April 29 on Season of Mist. Give "Sister Sophia," Floor's third and most recently released song off the LP, a listen in this post.

All dates are listed, along with a stream of "Sister Sophia" and video of Floor destroying Saint Vitus, below...