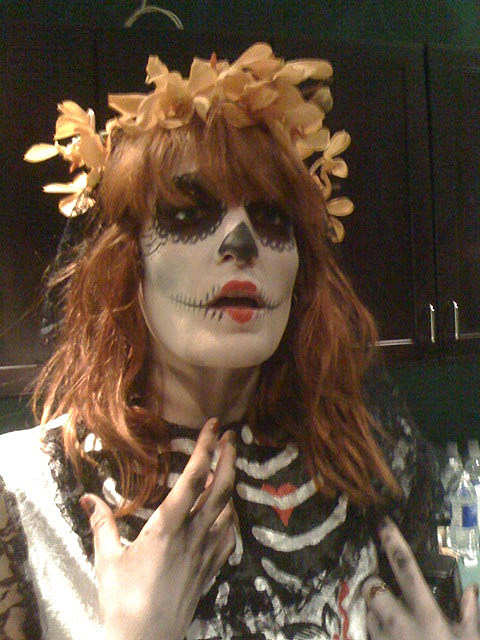 After playing the Voodoo Music Festival in New Orleans over the weekend, Florence & the Machine kicked off a proper, but short, tour at House of Blues in Boston on Halloween. As you can see in the above picture, and in the video below, Florence and her band did not wimp out on celebrating the holiday.

Last night (11/1), that tour continued into NYC where Florence and the Machine played their first of two sold out shows at the massive Terminal 5. Both shows (last night and tonight) have The Smith Westerns and Hanni El Khatib opening.

Couldn't score or afford a ticket? You still have one more chance to see the UK band when they play a free show at the SoHo Apple Store this afternoon:

Florence's U.S. tour ends November 8th in LA, but maybe she'll stick around for a little bit longer so she doesn't have to fly back and forth for their November 20th appearance on Saturday Night Live. All dates, that Halloween video, a video from Terminal 5, and a Hanni El Khatib video, below...

--
Florence & the Machine on Halloween in Boston