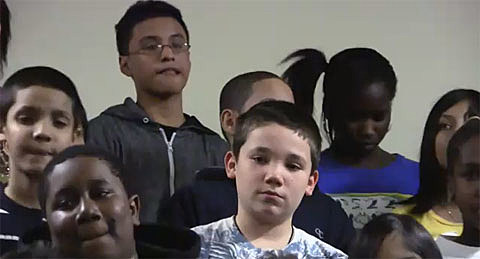 "Because English singer-songwriter Dido, who is nominated with Rollo Armstrong and A.R. Rahman for "If I Rise" from 127 Hours, was not available for tonight's show, the producers have recruited Florence Welch from Florence + the Machine to appear with Rahman. Welch is coming off a standout performance in the opening number of the Grammys.

Along with the best original song nominees, tonight's show also will feature the P.S. 22 Chorus, an elementary school chorus from Staten Island, N.Y., who will make a joyous musical appearance singing "Over the Rainbow," according to The Hollywood Reporter." [BAM's Blog]

P.S. 22 recently posted a newer cover of Ariel Pink's "Round And Round" (newer than the one they posted in January). Check that out, and a Katy Perry cover they did at an Oscar press conference (they're going to sing with Katy Perry on Oprah on Monday), below...