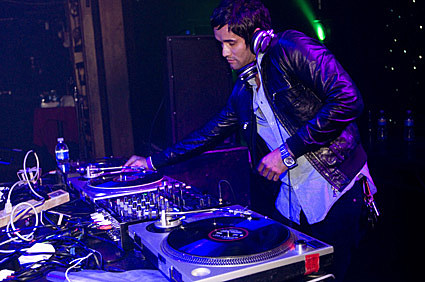 Cut Copy set the bar pretty high with their very energetic and fun set Wednesday night. Luckily things continued down that path for the rest of the week. Friday night I made it to Webster Hall just in time to catch the last half hour or so of a very disco-fied set by James Murphy. He also threw in some classics which you could not help smiling at when you thought about where you were. Speaking of which...as much of a weird/hellish crowd the Webster Hall-based event drew, I really appreciated having space to dance and not sweating my ass off merely from being inside the venue. After James, LA Riots spun a great, banging set which was much more what I was expecting from them after experiencing their lower key set at Love last month. Daniel (1/2 of LA Riots -- the other half J'ob was not there) had the crowd perfectly warmed up and right where it needed to be for what can best be described as the dance explosion that ensued when JFK and AL-P got behind the decks. Things went from everyone getting down as they had been, to a sudden rush of people storming the stage and everyone in the place going accordingly bananas. 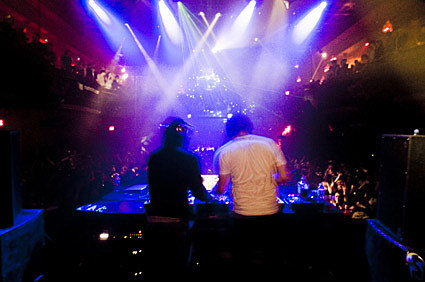 They played for about 2 hours, from 2ish-4ish and covered every great electro song you've heard recently along with tons of new stuff. For anyone who's seen them the past 2 times they were here, the set was much more along the lines of their CMJ set (which I thought was much more exciting and creative) than their one last month at Studio B... 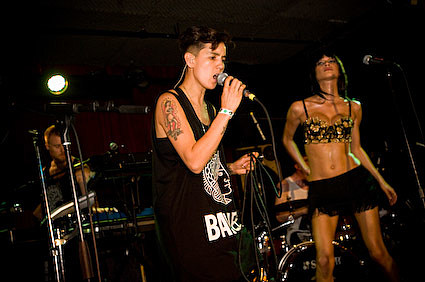 ...which is where I headed Saturday night to catch Hercules & Love Affair's debut performance that everyone has been talking about since. Overall I thought it was a great show...for a debut performance. The first couple of tracks were a bit shaky, but the group quickly rebounded with "Blind" which was still good, albeit different, without Antony (see for yourself here. A few of their songs had me absolutely losing it (namely "Athene" and "You Belong") while others were just ok. I think the problem I ran into was...I kept comparing them to Escort, and in some instances found myself wishing Zena Kitt was singing in place of Nomi, though I'm not sure if that would've worked out as ideally as it did in my head. Hercules & Love Affair's tracks have a much more modern sound vs. Escort's classic disco.

Speaking of Escort, don't miss them at Brooklyn Masonic Temple on May 30th. Tickets are on sale.

At the end of Saturday night when all was said and done, I had a great time...there is nothing like live disco. Sadly that's one thing there isn't enough of, but luckily there are plenty of other great dance happenings in the city this week:

Thursday night (May 22) Junkie XL and Tommie Sunshine are at Hiro (Free with RSVP). After witnessing two great, but very different sets (one was relentlessly banging, the other more creative and restrained) from Tommie Sunshine over the past 6 months I absolutely cannot wait to hear what this next one will be like. I am cautiously optimistic about the other half of the bill, Junkie XL. I had been looking forward to seeing him deejay (just because I've known of him for so long but only first heard one of his songs a few months ago) until I checked out some of the music on his myspace - it seems a little intense, in the "bad radio dance music" way. I've heard good things about his sets though and he seemed to do a great job of rocking the Sahara Tent at this year's Coachella: 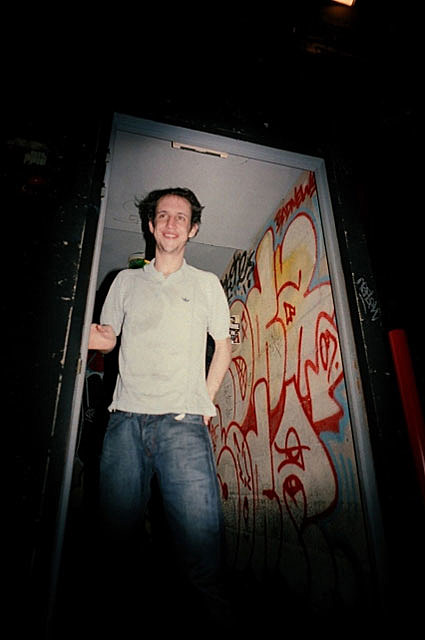 Another great option for Thursday is People Don't Dance No More thrown by Brooklynvegan writer David Bruno. He's also deejaying the party along with New York's Runaway (Jacques Renault and Marcos Cabral). Cosmo Vitelli (I'm a Cliche Records) is even dropping in from Paris to do a set. It's all happening at Love. Get ready: 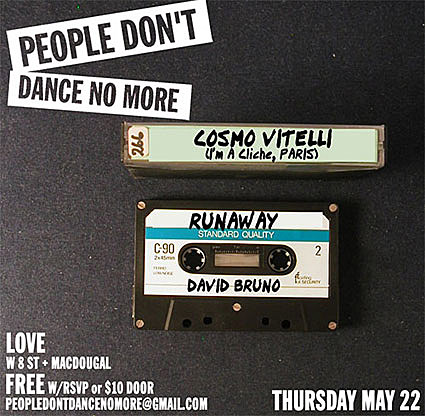 Free with RSVP to peopledontdancenomore@gmail.com. $10 at the door.

One last option for Thursday: 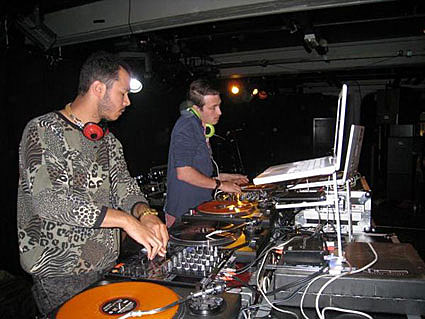 Things start off on the early side (9pm doors) with a free party at Studio B. Chicago's Flosstradamus headline, with pop/rock/disco band Tigercity (Brooklyn), and Dopplehertz.

I saw Flosstradamus deejay at Hiro when they were on tour with Chromeo last summer. They play a great mix of new electro and a lot of songs from the 80's & 90's and they do it all on 4 turntables. They're good deejays to take your friends who don't like dance music to see. 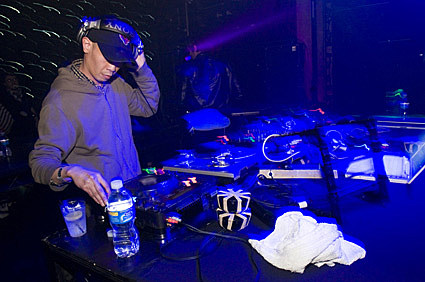 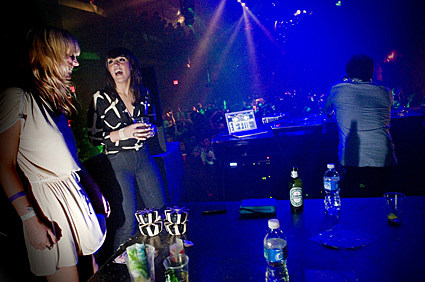 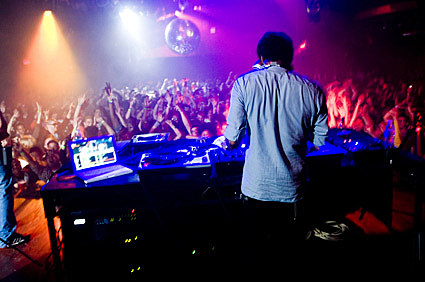 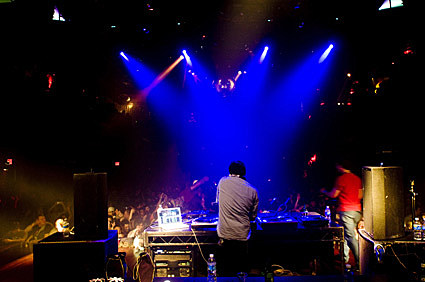