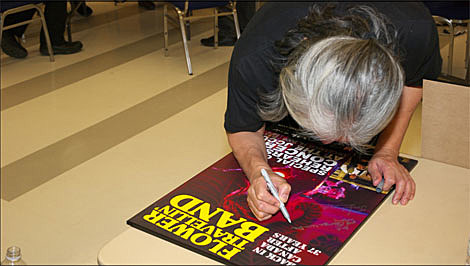 "In early 1973, they were billed to open for the Rolling Stones, but Mick Jagger's visa was rejected from a previous drug conviction and all concerts were cancelled. Later that year the band broke up, with Yamanaka going on to release various solo albums." [Wikipedia]

The time is finally here, and it looks like it's actually going to happen. the Flower Travellin' Band will play their first-ever US show at the closed-but-temporarily-reopened Knitting Factory in NYC tonight (3/13). Knyfe Hyts open and tickets are still on sale, and it gets better... The Japanese band have added a 2nd NYC show. They are also playing the smaller Studio at Webster Hall in NYC on Saturday (3/14) with Endless Boogie! Tickets for that one are also on sale. From there they head to Philly, Washington DC, and then Austin for SXSW. The tour poster and all dates below... 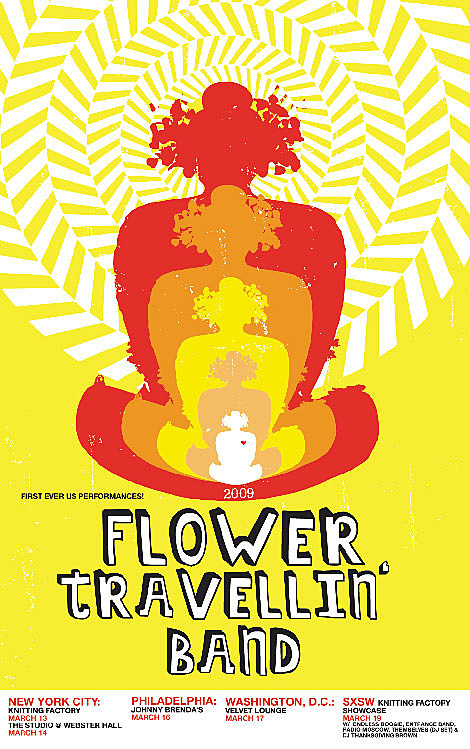