Flume at MHOW in April (more by David Andrako) 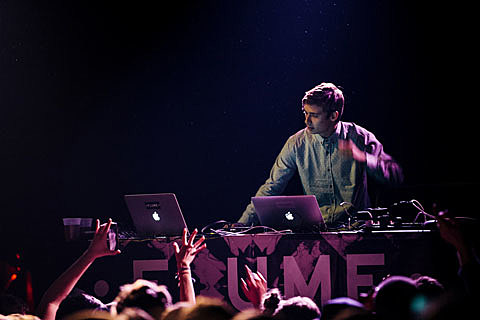 Australian producer Flume released his self titled debut album earlier this year, which has been doing really well over in his homeland, and he's getting pretty successful over here too. His last trip to North America brought him to NYC for a sold out Music Hall of Williamsburg, and now he'll be returning to our shores later this summer. While he's here, he'll play a larger NYC show on September 11 at Webster Hall. Tickets for that show go on sale Friday (6/7) at noon with an AmEx presale starting Wednesday (6/5) at noon. It's a few days after he plays Boston Calling. All currently announced dates are listed below.

Flume also just made a video for album track, "On Top" (feat. T. Shirt). Check out that video, along with a list of all dates, below...