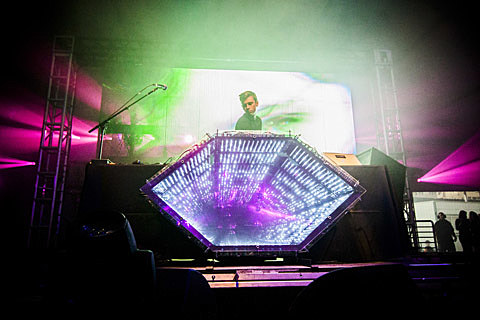 Australian producer Flume has been posting studio pics which hopefully means we'll soon get a followup to his 2012 self-titled debut. But what we do know for sure is he'll be coming to North & South America soon for Lollapalooza Chile/Brazil and Coachella, and after that he'll be playing a few club dates including NYC at Highline Ballroom on April 14. Tickets for that show are on sale now.