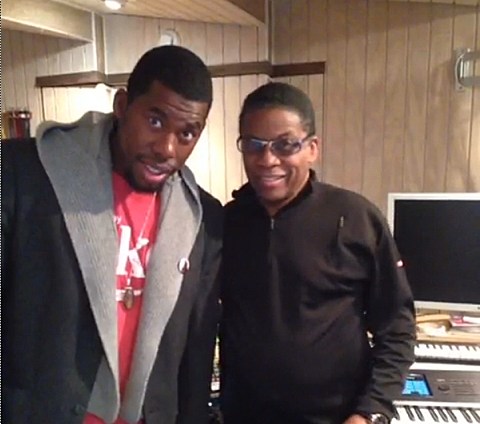 As mentioned, Flying Lotus is going on a tour this year which comes to NYC on May 5 at Terminal 5 for a show with Nigel Godrich's band, Ultraista, Thundercat (with live band), and En2ak. Tickets for that show are still available, but perhaps that won't be true for long because FlyLo has added another date happening at Terminal 5 on May 6. That one's also with Ultraista and Thundercat, and DJ Rafik opens. Tickets for that show go on sale Friday (3/29) at noon.

In related news, FACT just pointed to a Vine clip that FlyLo tweeted which shows him in the studio with Thundercat and Herbie Hancock. No other info has been revealed on that, but stay tuned.

Updated dates are listed, along with the new Captain Murphy video (aka FlyLo's rap alter ego) for "The Killing Joke," below...