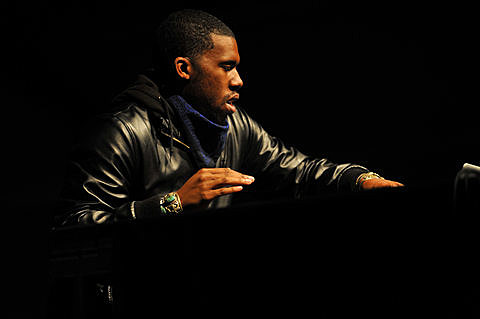 Just a few days after we pointed out that Flying Lotus will be all over NYC in just a few days, and right after we announce that Death Grips is finally touring again and visiting NYC in November, NPR hits us with this surprise:

For the first time, NPR Music and WNYC's Soundcheck come together during the CMJ Music Marathon to present a showcase of singular artists. Los Angeles electronic composer Steven Ellison, a.k.a. Flying Lotus, headlines an October 17 concert on the heels of his new album, Until the Quiet Comes. He's joined by the uncompromising noise-rap group Death Grips, playing its first New York City show since releasing a major-label debut back in April.

Ali Shaheed Muhammad, one-third of the legendary rap group A Tribe Called Quest and co-host of NPR Music's Microphone Check, will DJ throughout the evening.

More artists will be announced soon.

Watch the show live from (Le) Poisson Rouge in New York City at this page or via NPR Music mobile, and listen for highlights on Soundcheck. Listeners in the New York area will be able to RSVP for free tickets next week. Stand by for details.

CMJ just got a bit more exciting this year (though it is unclear if they'll be letting any badges - probably yes).

You can pick up Flying Lotus's new album on iTunes now.